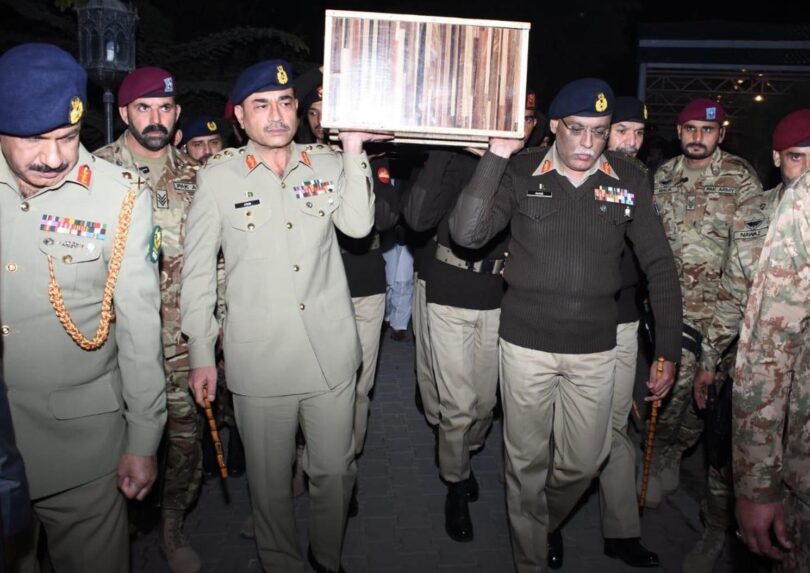 Inter Services Public Relations (ISPR) reported that the funeral prayers were offered in Army graveyard and later the martyred was laid to rest with full military honors.

Senior civil and military officers, soldiers, and other citizens also attended the funeral.

Earlier, an Improvised explosive device (IED) exploded while the Army was conducting an intelligence-based clearance operation in Kahan area of Balochistan resulting in the martyrdom of five army men including Captain Fahad and four sepoys.

Inter-Service Public Relations (ISPR), in its press release, stated “Captain Fahad along with four other brave sons of soil Lance Naik Imtiaz, Sepoy Asghar, Sepoy Mehran and Sepoy Shamoon have embraced Shahadat, laying their lives in defence of the motherland against an externally perpetrated threat of terrorism”.

“The operation was underway in Kahan area of Balochistan since 24 Dec 2022”, the statement added. (NNI)