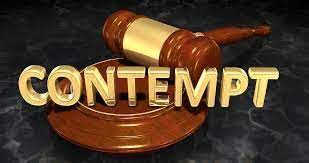 PESHAWAR: A Contempt of Court (COC) has been filed against Secretaries Communication, Establishment and Finance along with three officials Post Office General Pakistan for initiating recruitment in Post Office despite Peshawar High Court (PHC) orders in this regard.

The COC was filed by Fazal Shah Mohmand Advocate on behalf of petitioners and stated that PHC has granted status quo against recruitment in Post General Office while recruitment has been made on political nepotism and against the regulations.

The petition further added that procedure for recruitment was amended unlawfully while Deputy Post Master General and Chief Coordinator are responsible officials in this regard and requested for contempt proceedings against them.

The COC argued that Federal Investigation Agency was also made compliment for enquiry as per amended regulations for recruitment in Post Office.