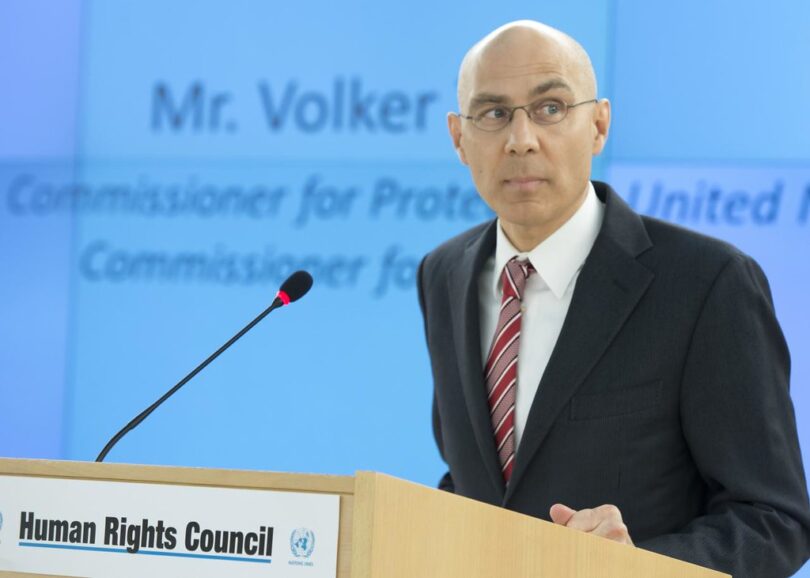 KABUL (AFP): In an interview with AFP, Türk said that he plans to travel to Afghanistan to look into the state of women’s rights and that he would meet and talk with several Islamic Emirate officials there.
“Afghanistan is the worst of the worst and it is an expression that should all be for everyone in the globe of the north or in the globe of the south a reminder of what poverty thinking can lead to and I mean to repress women in the way that it is happening is unparalleled, we have to act at most solidarity with the women and girls of Afghanistan and we need to make sure that these can not be the norm in the future,” Volker Türk, the UN High Commissioner for Human Rights said.
A number of women urged the Islamic Emirate to reconsider its decision on the ban on women working and female student education in the country.
“Hope for life is fading away gradually. Along with women, a large number of men also lost their jobs. The officials who issued these orders should revoke them and permit women to continue their work,” said Sima Gul Jamali, a women’s rights activist.
“Human rights, particularly women’s rights, are ensured in any country if women can get an education, work outside home, participate in politics, society and culture,” said Ehsanullah Ehsan, a religious scholar.
But Islamic Emirate spokesperson Zabiullah Mujahid rejected the UN High Commissioner for Human Rights’ remarks and said that the Islamic Emirate is making efforts to ensure women all their rights in line with the Sharia law.
“This claim is untrue. We’re making efforts to address every deficiency. Women are granted all the rights provided for them in Islamic law,” Mujahid said.
Previously, Ramiz Alakbarov, the UN’s under-secretary-general for humanitarian affairs and emergency relief, said that Martin Griffiths will visit Afghanistan soon to speak with Islamic Emirate officials regarding women’s work in NGOs.