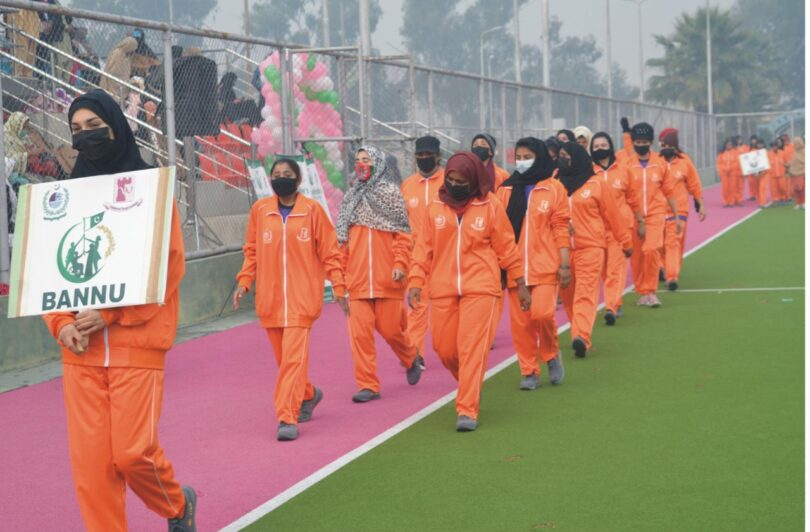 Tahsinullah Khan, Tanveer of UET Lahore, Mubasher Saeed of Karachi University and other personalities were also present. On the occasion of the opening ceremony, all the players presented a march past while the girls of Government Girls High School Daulatpura presented a magnificent performance.

In the matches held last day, Peshawar defeated Hazara, in which international hockey player Momina Ilham scored a magnificent hat-trick. In this way, Peshawar won against Hazara with three goals to zero. In the second match, they also beat Swat. M compared to zero Nishiman, Shazia and Kainat Nimat scored goals on behalf of Bannu.

Under the supervision of PK Coordinator and Deputy Director of Sports Maria Sameen, a training camp was organized for one hundred and twenty five players of the first trials at the level of the regions, which include Bannu, Peshawar, Swat, Mardan, Hazara and Charsadda, after which hockey is now held.

The league has started. Qualified coaches trained the players in a two-day training camp. Four sessions were held daily. Now the best twenty-five players will be selected from the winner and runner-up teams in the league, which will be done by the selectors coming from Karachi and Lahore.

After which the selected team of KP will participate in the National Hockey League which is being held in Karachi. They will represent the country not only at the national but also at the international level.