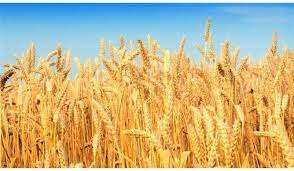 ISLAMABAD (APP): Much awaited first rain of the winter season will bring about a positive impact on all seasonal major and minor crops, fruit orchards and vegetable farms across the country, besides it would have far-reaching impact on human health and the local environment.
The rains are a blessing in disguise and most beneficial for wheat sown over 21 million acres, which is a major cash crop of the season and mega source to fulfill the domestic requirements of staple food and particularly it would have a positive impact on wheat sown across the rain-fed areas across the country.
Besides, recent rains would have a positive impact on pulses sown during the season as well as oil seeds including mustard and canola, said National Coordinator Wheat, National Agriculture Center Dr Sikander Khan.
Commenting on the impact of current widespread rains on different crops, he said that these rains are most beneficial for wheat as the crop was passing through initial stage (tillering) and will help to strengthen the health of the plant to enhance local output during the season.
The rains would put a positive impact on wheat sown in Potohar region and other rain-fed areas in the country, he said, adding that a large number of small-scale farmers cultivating different minor crops and seasonal vegetables in these areas and timely rains will help them to enhance their farm income by enhancing output. The irrigated areas of the country would also be the beneficiary of the blessed rains as it would save the cost of electricity and other costly fuels, he said adding that current rains have fulfilled the irrigation requirements naturally and it would reduce the cost of input as well.
Dr Sikander said that it was the right time for applying fertilizers to fields for achieving maximum output during the season, particularly the use of urea fertilizers in wheat fields. He also advised the farmers to take appropriate measures to eradicate weeds to achieve maximum per-acre output. In order to achieve higher per-acre wheat output during the current season, he said that NARC had evolved a strategy to impart training to farmers and other field extension workers and conducted about 17 training programs and trained about 21,000 farmers across the country.
Meanwhile, over 5,000 bags of certified high-yielding seed verities of wheat seeds were also provided to growers that would help multiply the certified seed production and ensure the provision of high-yielding, diseases, hit and drought-resilient seeds.
It is worth mentioning here that wheat sowing across the crop-sowing country has witnessed an encouraging trend, which was attributed to incentives introduced by the government, particularly aftermaths of catastrophic floods and rains during the last moon soon season.
According to data from field extension departments of provincial governments, by the last week, wheat sowing was completed over 91 percent of set targets as grains sowing was completed over 21 million acres as against the set targets of 22.85 million acres.