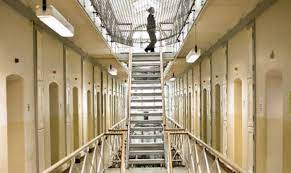 COPENHAGEN (AFP): A Danish court on Tuesday sentenced an Islamic State (IS) sympathiser to 16 years in prison for plotting a bomb attack in the Scandinavian country.

It is the longest sentence imposed to date for crimes of terrorism in Denmark, life in prison being the maximum allowed under the law.

Syrian-born Ali Al Masry, 35, was found guilty of an “attempted terrorist act” by a court in Holbaek, a suburb of Copenhagen, and of financing and promoting “terrorist activities”.

He was arrested in February 2021 together with his Syrian brother and Iraqi-born Danish wife in a joint Danish-German operation.

“We are convinced that with these arrests we prevented an attack from being carried out,” said prosecutors John Catre Nielsen and Kirsten Jensen in a joint statement.

Masry pleaded not guilty, maintaining that 12 kilos (26 pounds) of powder and chemicals found in his flat had been intended for a firework display.

He now faces deportation after serving his prison sentence in Denmark.

His wife, 31, and 37-year-old brother were found guilty of financially supporting Masry and jailed for nine and six months respectively.

His brother will also be deported after serving his sentence.