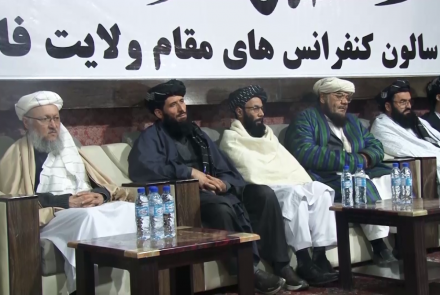 “I assure you that we will implement the development projects,” said Abdul Salam Hanafi, Second Deputy Prime Minister.

Meanwhile, some Faryab residents called for the implementation of development projects for road construction and sanitary drinking water.

“They have made promises, I hope that these promises will not be like the promises made to the people during the republic,” said Mohammad Naseer Tatar, a Faryab resident.

“Our young generation spends its energy abroad and gets its education in other countries, if we have projects in our country they will not be compelled to go abroad,” said Amir Mohammad Aymaq, a Faryab resident.

According to them, lack of communication routes and lack of water is one of their main challenges.

The Kohistan- Maimana district route is one of the most difficult routes of the Faryab crossing, which is more than a hundred kilometers away.

The Second Deputy Prime Minister assured the district residents that they will start construction of the route.