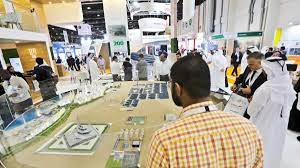 ABU DHABI (Agencies): In line with its endeavour to support national initiatives that promote the UAE’s sustainability efforts, Dubai Electricity and Water Authority (Dewa) will participate in the Abu Dhabi Sustainability Week (ADSW) as the opening ceremony associate partner.

ADSW is hosted by Abu Dhabi Future Energy Company (Masdar) from January 14 to 19 under the theme ‘United on Climate Action Toward Cop28’ at the Abu Dhabi National Exhibition Centre (Adnec).

Saeed Mohammed Al Tayer, MD & CEO of Dewa will deliver a keynote speech on the second day of ADSW titled ‘Sustainability, a key pillar and a success story in the UAE.’ He will highlight the innovative strategies, initiatives and projects that aim to promote the sustainable development to ensure a brighter future for all.

Al Tayer emphasised Dewa’s commitment to supporting pioneering national events that promote sustainability. He noted that Dewa’s sponsorship of ADSW is part of the strategic partnership and cooperation between Dewa and Masdar. He noted that both ADSW, which is organised by Masdar, and the Water, Energy, Technology, and Environment Exhibition (Wetex), which is organised by Dewa play a major role in supporting the UAE’s sustainability efforts.

“The vision and directives of the wise leadership of the President, His Highness Sheikh Mohamed bin Zayed Al Nahyan and His Highness Sheikh Mohammed bin Rashid Al Maktoum, Vice President and Prime Minister of the UAE and Ruler of Dubai, have made the UAE one of the pioneering countries in launching ambitious initiatives and strategies that will help reduce carbon emissions and adapt to climate change. These contribute to achieving economic prosperity in parallel with environmental sustainability.

We are pleased to be partners of the Abu Dhabi Sustainability Week, which, this year, supports the UAE’s preparations to host the United Nations Framework Convention on Climate Change (COP 28) at Expo City Dubai next November. We are also pleased to share our experiences and expertise in supporting the UAE’s efforts to accelerate progress in climate action by diversifying energy sources and increasing the share of clean energy in Dubai. The production capacity of clean energy in Dubai is around 14 per cent of Dubai’s total power production capacity. This supports the Dubai Clean Energy Strategy 2050 and Dubai Net Zero Carbon Emissions Strategy 2050 to provide 100 per cent of Dubai’s total power production capacity from clean energy sources by 2050,” said Al Tayer.

“ADSW and Wetex are both major international events in the global sustainability calendar, and I am pleased that Dewa will support this year’s ADSW as a strategic partner. Masdar and Dewa are prime examples of the UAE’s leadership in driving forward climate action and the global sustainability agenda. We are pleased to enter into this partnership that will help advance our shared goals for global collaboration on sustainability and climate action,” said Mohamed Jameel Al Ramahi, chief executive officer of Masdar.

Dewa will highlight its most prominent projects and initiatives in sustainability, renewable and clean energy, and innovation at its stand at the World Future Energy Summit from 16-18 January 2023 in Hall No. 5 (Energy Hall) at Adnec.