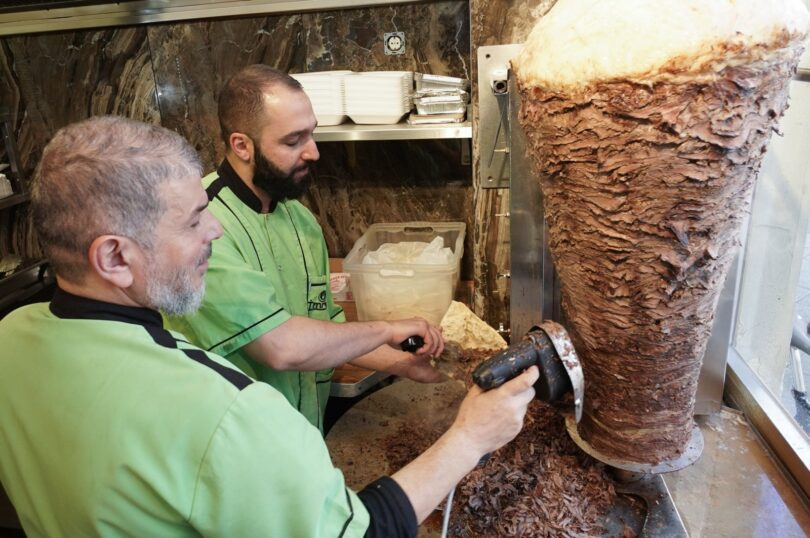 BERLIN (DPA): Slices of juicy meat stuffed into crispy warm bread along with lettuce, tomatoes, onions and plenty of sauce: Many in Germany know the classic döner kebab pretty well. Too well it turns out that in sausage-loving Germany, currywurst has just been dealt a major blow as most people in a recent survey said they actually prefer döner kebabs when it comes to fast food.

When asked to decide between currywurst and döner, a wrap filled with the meat shaved off giant slabs invented by Turkish guest workers, some 45% of adults opted for döner, a representative survey conducted by pollsters YouGov found.

Some 37% said they prefer currywurst, chopped-up slices of sausages – usually pork – drowned in a signature curry-flavored ketchup sauce, and often served with chips.

Meanwhile, 15% of respondents said they don’t like either of the two fast food classics that are sold at every corner across the nation.

There is a clear age divide when it comes to fast food, the survey showed, with most respondents over the age of 55 preferring currywurst. Among those between 18 and 24 years, 57% opted for döner.

Women, meanwhile, also predominantly chose döner over currywurst, with 47% saying they prefer the wrap, while men still favored currywurst by a small margin of 43% to 42%.

Hundreds of first and second-generation guest workers were involved in creating the döner kebab, and decades later, it’s still the country’s most loved snack and continues to evolve.

There are about 18,500 kebab shops and Turkish restaurants nationwide, while Berlin is the kebab metropolis with some 1,600 outlets.