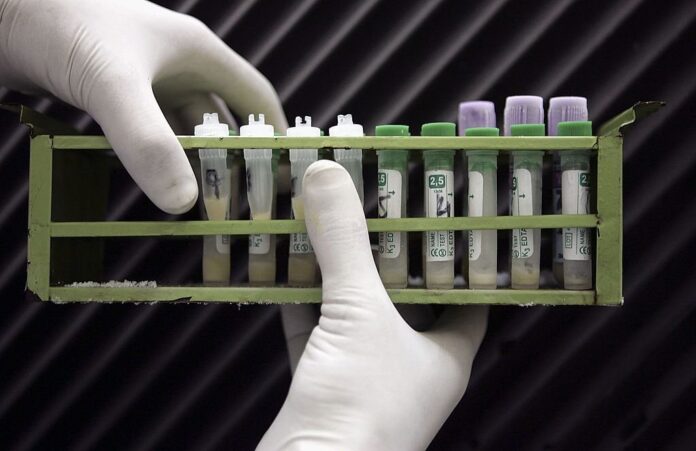 F.P. Report
ISLAMABAD: The insulin glargine injecta BASAGINE developed by a Chinese pharmaceutical company received approval for registration by the Drug Regulatory Authority of Pakistan (DRAP), China Economic Net (CEN) reported it on Friday. According to the company, it is the first insulin glargine injection (prefilled injection pen) biosimilar drug in Pakistan,
Insulin glargine injection is an essential long-acting insulin analogue product in the treatment of diabetes for its efficacy and safety. In Pakistan, 33 million people aged 20-79 were living with diabetes in 2021, ranking third in the world after China and India. The prevalence of diabetes among adults aged 20-79 in Pakistan is 30.8%, the highest in the world, as per the latest data released by the International Diabetes Federation (IDF) Global Diabetes Overview 10th Edition (2021).
It is learned that the overall market for insulin in Pakistan is over $50 million. Sanofi, Novo Nordisk and Eli Lilly have taken the majority of the market share in the country, and the Chinese product will bring more quality options to Pakistani patients. “Since 2010, the pharmaceutical trade between China and Pakistan has maintained good momentum. As China eases its Covid restriction, we believe that this momentum will continue to strengthen”, the company’s public relation department told CEN in an interview.
Meanwhile, according to CEN, Chinese patent medicine are listing in Pakistan promoting intensive collaboration Lianhua Qingwen capsules, a Chinese patent medicine owned by Shijiazhuang Yiling Pharmaceutical Co., Ltd. (stock code 002603), has obtained permission to be listed in Pakistan recently. This is the third Chinese patent medicine to be marketed in Pakistan after Tai Ji Huoxiang Zhengqi oral liquid and Jian Zhi syrup were licensed for sale and use in Pakistan.
As a representative drug for the treatment of infectious diseases of respiratory system viruses, Lianhua Qingwen capsules have been included in the diagnosis and treatment protocols or guidelines for infectious public health events such as influenza A, influenza B and COVID-19 issued by China’s National Health Commission and the State Administration of Traditional Chinese Medicine for more than 30 times, and has shown unique value in the prevention and control of the epidemic worldwide. The launch of Lianhua Qingwen in Pakistan is another overseas marketing license, following registration approval or import licenses in nearly 30 countries and regions including Canada, Thailand and Singapore.
Lianhua Qingwen capsules distributor, Pakistan Huazhilong International Trading Company and Tai He Tai Law Firm worked together for 31 months to apply for the listing approval number from the Drug Regulatory Authority of Pakistan. The application process was a major success for the company team and the Chinese law firm.
Cao Wei, CEO of Huazhilong International, said in a recent interview with China Economic Net (CEN) that “listing in Pakistan is of great significance to the internationalization of Lianhua Qingwen and other Chinese patent medicine. Even the sale and use of Lianhua Qingwen in Pakistan has played a role in the country’s fight against the pandemic. In the future, China-Pakistan medicine collaboration can be expanded to the treatment of common cold, various pathogens, hyperglycemia, hypertension, etc.”
Tang Yunxia(also known as Donna Tang) from TAHOTA Law firm in China highlighted that “we can use these similar cases to help Chinese investors in the pharmaceutical industry invest in Pakistan, improve the local capacity to produce medicines, and also export to Middle Eastern countries.” The China-Pakistan Economic Corridor (CPEC) has entered its second phase of high-quality development, with a focus on enhancing cooperation in industries, science and technology, agriculture and people’s livelihood. The health corridor construction is a key part of this process. Cao Wei believes that Pakistan is China’s all-weather strategic cooperative partner, and the cooperation prospects between the two sides are broad, with more Chinese enterprises willing to vigorously participate in the process.