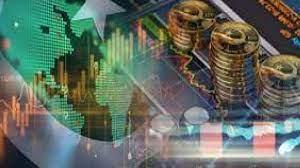 The Pakistani nation has been battling the worst economic crisis over the past several months which multiplied the impact of the global price hike of energy products after the coalition government slashed all subsidies in the power sector. The heavy shortfall in energy production vis-a-vis growing power consumption led to long electricity outages, industry breakdowns, and business closures across the country. According to government statistics, the energy import bill has crossed $27 billion per annum which has intensified the energy crisis and become a grave risk for the nation’s survival.

Pakistan is a developing economy with scanty domestic revenue, a weak industrial base, and growing energy issues coupled with aggravating impacts of the rising inflation and global energy crisis which presents a meek picture of Pakistan’s future economic outlook. Presently, the country owes nearly 3 trillion rupees in power sector circular debt along with due debt payments to foreign lenders in the coming months. The situation becomes grave when the country’s foreign reserves have reduced to below $6 billion and the IMF does not agree to release the next installment of the IFF program worth $ 1.1 billion without settlement of the current circular debt, while the friendly governments also hesitate in providing economic assistance amid fear of a looming payment default. Surprisingly, the grave economic situation of the Country neither affects the politics nor policies of the ruling elites.

The federal and Provincial governments are nonstop inaugurating towery development projects amid weak economic conditions and the risk of economic collapse, which cause enormous concerns among the masses. Ironically, Pakistani leaders and bureaucracy always seek the resolution of all economic, and management issues in foreign support, loans, and grants or demanded sacrifice from the public without making cuts on their amenities. The current economic fiasco needs General Elections. After all, the nation has to pay price for the incompetence and disloyalty of its rulers.