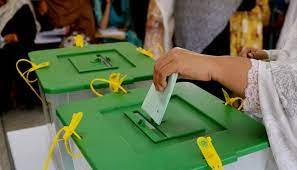 ISLAMABAD: The Election Commission of Pakistan has announced that the local government elections in Karachi and Hyderabad will be held on January 15.

The verdict was announced by a three-member bench of the commission headed by Chief Election Commissioner Sikandar Sultan Raja on Monday.

The ECP bench rejected the request filed by MQM leader Khalid Maqbool Siddiqui seeking delay in the local government polls in Karachi and Hyderabad and accepted the petition of Jamaat-i-Islami contesting the proposed postponement.

The Election Commission of Pakistan on Friday reserved the verdict on the MQM petition challenging the voters’ lists to be used during the forthcoming local government elections in Karachi and Hyderabad.

During the hearing, CEC Sikandar Sultan Raja remarked that the commission would not let the LG polls to be delayed.

The MQM lawyer said that the use of old voters’ lists during the forthcoming local government elections in Karachi and Hyderabad was against the law.

The CEC remarked that the MQM used to move to the courts in the past against the delimitations of the constituencies. He said that the LG polls were going to be held using the same voters’ lists on which the MQM had already contested the 2018 elections and by-elections.

“There is no way that the elections will be delayed. They will not be deferred at any cost,” the election commissioner remarked.