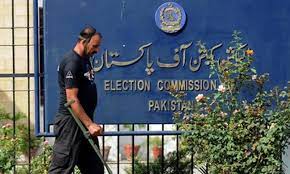 ISLAMABAD: The Election Commission of Pakistan (ECP) has deferred the local body elections in Islamabad due to be held on December 31 (Saturday).

The five-member commission, led by chief election commissioner, earlier on Tuesday reserved the verdict after completion of the arguments.

The local administration had reported made all the preparations including the filing of nomination papers and the allocation of election symbols to the candidates. The publishing of the ballot papers and training of the polling staff hade also been done.

The federal government expanded the number of union councils from 101 to 125.

A total of 3,866 candidates had submitted their nomination papers on a total of 1,211 seats for the local government elections in Islamabad.