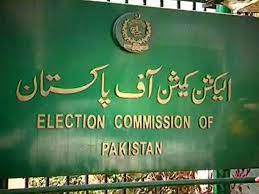 ISLAMABAD: The Election Commission of Pakistan (ECP) has decided to write letters to the governors of Punjab and Khyber Pakhtunkhwa (KP) for consultation on finalising the date of holding elections in both provinces, on Wednesday.

“The ECP is bound to hold elections in three months as per the Constitution,” the ECP sources said.

“For the first time in history, correspondence will be carried out with the governors for the provincial general elections,” they added.

“The ECP will suggest three dates in letters to the governors of Punjab and KP. Both the governors will decide the final date for general elections,” they stated.

The ECP has also decided to take the list of DROs and ROs from the judiciary and the bureaucracy too.

The ECP will also demand lists of election staff for the Punjab elections, the ECP sources said.

After receiving the lists, the election staff will be trained, they added.