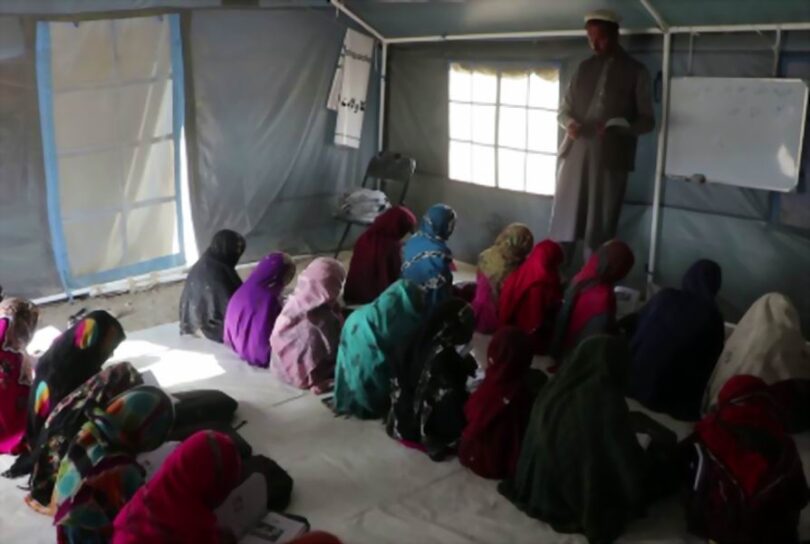 PAKTIKA (TOLOnews): In the Gayan district in Paktika, tribal elders asked the Islamic Emirate to build schools for girls.
They underlined the importance of girls’ education, noting that no schools have been built for girls in this district.
“Girls make up half of society; we ask that girls get an education,” said Sarbeland, a tribal elder.
“We really need schools, there are no girls’ schools in Gayan district,” said Sabdar, another tribal elder.
For the purpose of training girls in the district, some humanitarian organizations have created twenty short courses. The female students at these classes asked that schools be built for them.
“We ask them to build schools for us in the Gayan district of Pakitka,” said Shahida, a student.
“There is no school in Gayan district, we ask them to build permanent schools for us,” said Zulaikha, another student.
“They asked people of the village to send 30 girls, most of the people send their daughters happily,’ said Arifkhan Urfan, a teacher of the short courses.
Meanwhile, officials from Paktika’s education department said that no girls’ schools have been built in this district due to a lack of funds.
“We have requested the institutions that work with us in the education sector to build girls’ schools for us in Gayan, Ziruk, and Nika districts of the province,” said Mirza Ali Khan, director of Paktika’s education department. These demands have been made as more than a year has passed since the country’s girls’ schools above sixth grade were closed.