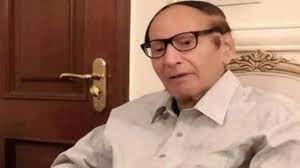 LAHORE: Pakistan Muslim League-Q President Ch Shujaat Hussain on Tuesday urged all political parties to work for Pakistan instead of fighting with each other.

Talking to the senior journalists at the occasion of a luncheon in honor of Naveed Anwar Ch, a Pakistani-American entrepreneur, Ch Shujaat said if political parties do not understand, neither the country will run nor the parties.

He said the elections should be held at the scheduled time. “Can elections be helpful in ending inflation and unemployment, he questioned.

He urged everyone including Imran Khan should return to the assembly in the larger interest of the country.

Shujaat said that the people had sent PTI leaders to the assembly after electing them. “Now, they are seeing what our representatives are doing, Ch added. If they only want to take salaries and other benefits, then it is of no use.”

PML-Q President Ch Shujaat said political and economic stability is inevitable in the present situation of the country.

To a question, he said neither the army had to come nor anyone else.

However, he warned if this time passed, then it would not come into anyone’s hands.  “If we all work for Pakistan, then we will be saved. If we don’t come together, everyone will be destroyed,” Shujaat hinted.

“If we understand and evolve a political consensus, IMF will give financial assistance to Pakistan If we do not handle the situation properly, not a penny will come.”

He said that some external powers had the design to damage Pakistan. “Those powers want India’s supremacy in the region,” he added.