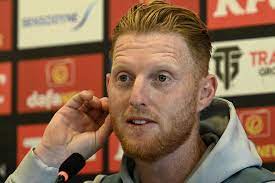 KARACHI (Reuters): England have already sealed their three-match series with a game to spare but captain Ben Stokes says they will press to become the first Test team to complete a 3-0 whitewash in Pakistan.

England won the first match by 74 runs before grabbing a 26-run victory in the second to register their first series win in Pakistan since 2000-01.

Pointing to England’s 3-0 series win in Sri Lanka in 2018, Stokes said his side would not take the foot off the pedal.

“We won that series before the last Test and there was even more put on to it, knowing that we could become the only English team to register a whitewash in Sri Lanka,” Stokes told reporters.

“So, although the series here is done and we’ll still lift the trophy at the end regardless of the result, there’s still an extra bit knowing that we could be one of the very few teams that could walk away from Pakistan with a whitewash series.”

Stokes added that they are considering handing a debut to 18-year-old all-rounder Rehan Ahmed, who would become England’s youngest men’s test player if he plays in the third match in Karachi, beginning on Saturday.

“We picked Rehan in the squad not just because of his talent and to integrate him, but because it would be a good opportunity to play him if we thought it was necessary,” Stokes said.

“I’m struggling to work out what he is, whether he’s a batter or a leg-spinner, which is good I guess, because it shows how much talent he’s got.

“Having a wrist-spinner is always exciting, especially for England, but it’s not getting too carried away with the potential that he has. Because he is only young, and you’ve still got to nurture talent, no matter how exciting it is.”