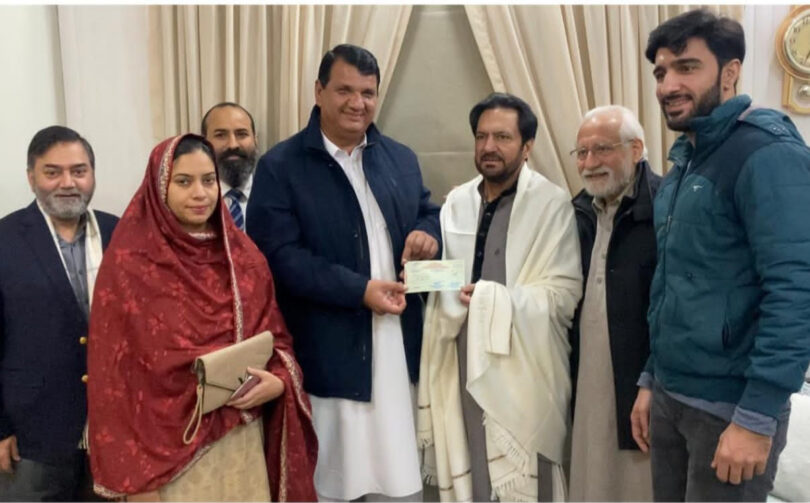 He assured every assistance to the ailing artist for his medical treatment. He said that Prime Minister Shehbaz Sharif, while praying for his early recovery, was pleased to approve Rs.10 million as financial assistance for his medical treatment. He further said that the artists were an asset of the society and steps were being taken for their welfare.

Firdous Jamal thanked the federal government for the financial assistance and assurance for medical treatment, adding that he had been recently diagnosed with cancer. The family members and artist community were present on the occasion.

Later, talking to the media, the adviser said he came on behalf of the prime minister and his party to present a cheque for the medical expenses of Firdous Jamal.

Adviser to Prime Minister on Political Affairs, National Heritage and Culture Division Engr. Amir Muqamappreciated the services of the veteran actor, adding that he was an asset of the country. He said the government would bear all expenses of his medical treatment.

To a question, he said that Pakistan Tehreek-e-Insaf chairman Imran Khan did not care about the country and national interest. Imran Khan always remained involved in politics of allegations but time and again all his allegations against political opponents were proved false, he added.

To another question, he said that the elections would be held after completion of five-year tenure of the assemblies.