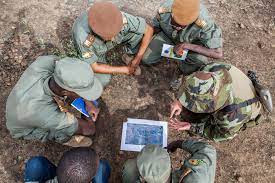 BRUSSELS: The Council today adopted a decision extending the mandate of the EU Capacity Building Mission in Mali (EUCAP Sahel Mali) until 31 January 2025, and allocating it over €73 million for the period between 1 February 2023 and 31 January 2025.

In light of the volatile situation in Mali, the Council has also decided to adapt the mission’s mandate so as to take into consideration the political and security situation in the country. EUCAP Sahel Mali will thus be able to facilitate the deployment of the internal security forces (ISF)  to the South of Mali, focusing on the National Police, and the redeployment of the ISF to the centre of Mali, which could resume if deemed appropriate.

The decision was adopted as part of the Holistic Strategic Review of CSDP engagement in the region.

Launched on 15 January 2015, EUCAP Sahel Mali is an EU civilian mission based in Bamako. The mandate of the mission seeks to provide assistance and advice to the Malian security forces for the implementation of a security reform and is conducted in close coordination with the Delegation of the EU in the country and other international partners, including the United Nations Multidimensional Integrated Stabilisation Mission in Mali (MINUSMA).

Three other CSDP missions are operating in the region as an integral part of EU’s integrated approach to security and development in the Sahel. EUTM Mali was established in view of strengthening the capabilities of the Malian Armed Forces by providing military advice, training, and mentoring, while EUCAP Sahel Niger seeks to support the fight against organised crime and terrorism in Niger. More recently, the Council adopted a decision to set up a Military Partnership Mission to support Niger in its fight against terrorist armed groups (EUMPM Niger).