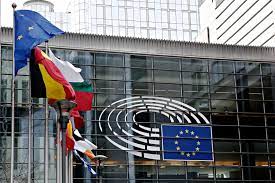 BRUSSELS: In light of the changing geopolitical landscape, including the emergence or escalation of conflicts around the European Union and Russia’s unprovoked and unjustified war of aggression against Ukraine, the rise of revisionist actions and the persistence of instability and transnational threats, the Council highlights the significant contribution of the civilian Common Security and Defence Policy (CSDP) to international peace and stability. It expresses its gratitude to the women and men serving in civilian CSDP missions. The Council recalls the adoption of the Strategic Compass for Security and Defence in March 2022 and reaffirms its full commitment to strengthen civilian CSDP through a new Civilian CSDP Compact to be adopted by mid-2023.

Four years ago, the adoption of the Civilian CSDP Compact marked a step-change. The Council commends the positive results achieved since its adoption, including at national level by the member states and by the EEAS and Commission services, as well as the important work done by all civilian CSDP missions. It reiterates the importance of ensuring implementation of the Compact by early summer 2023.

Building on almost twenty years of experience, positive results and lessons learnt under the Civilian CSDP Compact, including the swift adaptation of civilian CSDP activities in Ukraine, the Council calls for a renewed impetus towards civilian CSDP. It calls for enhancing the effectiveness of civilian CSDP missions, enabling them to tackle more efficiently current, emerging and future security challenges in the framework of the EU Integrated Approach to external Conflicts and Crises. The Council recalls the need for the European Union to take more responsibility for its own security by acting in its neighbourhood and beyond.

The Council recalls the Feira priorities of strengthening police, rule of law and civil administration in fragile and conflict settings, underlining as well the importance of Security Sector Reform (SSR) and monitoring tasks. The Council reaffirms that the European Union should continue to be capable of undertaking various types of civilian CSDP missions within the whole spectrum of crisis management tasks as laid down in Art. 42 and 43 TEU, including monitoring, capacity building and advising as well as executive types of missions. In order to preserve the flexibility to act, it calls for a modular and scalable approach to define the size of civilian CSDP missions. It emphasises that the size and number of missions will be determined based on the evolving needs on the ground as well as the European Union’s and the member states’ priorities and capabilities. The Council and the member states reiterate their commitment to provide an increased contribution to ensure efficient resourcing of civilian CSDP missions.

The Council calls for a new Civilian CSDP Compact with the overall aim to:

Increase our capacity to ACT rapidly and robustly to support counterparts in missions’ theatres:

By enhancing effectiveness and flexibility, including through clear and adaptable mandates, providing well-defined end states and transition strategies, as well as developing Knowledge Management capabilities;

By striving for swift decision-making processes with the aim of further increasing the responsiveness of civilian CSDP and by exploring other possibilities to provide more targeted support to host countries;

By establishing independent evaluation of the impact and performance of missions, that feeds into the strategic reviews of missions, on the basis of an Options Paper to be presented by the EEAS by early 2023;

By further developing and implementing a modular and scalable approach building on available tools, including tailored sequential or plug-in deployments, and rapid response tools such as Specialised Teams and Visiting Experts. By utilising as well multinational formations such as the European Gendarmerie Force or a group of member states acting in the framework of Art. 44 TEU as appropriate and in accordance with CSDP decision-making;

By promoting gender equality and systematically mainstreaming a gender perspective, based on gender analysis, in all planning and actions, and focusing on the full, equal and meaningful participation of women in all functions, including leadership positions, while promoting UNSCR 1325 on Women, Peace and Security and its subsequent resolutions;– By further operationalising the Integrated Approach, including by strengthening links with Commission services and programmes as well as with EU Delegations, throughout planning, implementation and transition phases;

By paying increased attention to conflict sensitivity through recurrent conflict analysis, situational awareness and early warning, and utilising mediation and dialogue tools for conflict prevention, in line with the EU Peace Mediation Concept;

By strengthening the internal-external security nexus through increased cooperation between civilian CSDP and Justice and Home Affairs (JHA) actors at member states’ and EU level, fully in line with the competences, budgetary considerations and legal bases of each instrument, inter alia by operationalising mini-concepts, increasing relevant expertise and convening dedicated meetings of relevant Council preparatory bodies;

By fostering synergies and complementarity between the civilian and military dimensions of CSDP, including in areas of policy, capability development, training and the operational planning and conduct of missions deployed in the same theatre, including logistics, medical and other support;

By strengthening the Civilian Planning and Conduct Capability as the headquarters for civilian CSDP missions, including through continuing its reform.

Secure host countries and civilian CSDP missions against fast-changing threats to respond to external conflicts and crises, to build the capacities of partners, and to protect the European Union and its citizens:

By contributing to the EU’s wider response to tackle security challenges, including those linked to irregular migration, terrorism and radicalisation, organised crime, border management and maritime security, as well as preventing and countering violent extremism, also taking into account the need to preserve and protect cultural heritage;

By strengthening resilience to hybrid threats, cyber-attacks and foreign information manipulation and interference, including by secure communications;

By promoting the rule of law and accountability, including by strengthening the justice chain and capabilities to respond effectively to security challenges;

By mainstreaming climate change and environmental degradation, as it relates to security challenges, while taking concrete steps to reduce the footprint of the missions with the aim to achieve climate-neutrality by 2050 in line with the goals set out under the European Green Deal.

Invest in more and better capabilities:

The Council and member tates reiterate their commitment to provide increased contributions through strengthening national procedures such as decision-making, financing and legislation, as appropriate, using National Implementation Plans (NIP) and informal NIP-clusters, with the support of the European Centre of Excellence for Civilian Crisis Management, where relevant;

By increasing jointly the number of seconded experts in the missions, aiming to raise their total share to at least 70 percent of international staff, with a particular emphasis on increasing seconded staff in operational positions, stressing the responsibility of all member states towards reaching this goal, while being mindful of their capabilities;

By calling upon the EEAS to develop, together with Commission services and member states, a structured and regular civilian capability development process by 2024;

By enhancing civilian CSDP’s Human Resources Management, including by (a) developing further the selection and recruitment policy and procedures, including by promoting more versatile profiles, (b) significantly increasing women’s participation in civilian CSDP, in line with the commitments of the Strategic Compass, (c) enhancing availability and participation of national experts in civilian CSDP missions, e.g. by better integrating their participation in career paths and exploring possibilities for seconding entry-level experts to missions, (d) working on the review of the employment status of international contractual staff;

By developing a comprehensive strategy to ensure a safe and inclusive working environment and conducting necessary revisions of policies and procedures, including by revising and fully applying the Code of Conduct;

By enhancing responsiveness with the aim of being able to deploy 200 experts within 30 days, including to complex environments;

By ensuring a more robust and realistic CFSP budget that matches the needs of new and ongoing civilian CSDP missions and its rapid, flexible and cost-efficient use to support them, ensuring sound financial management and careful prioritisation of existing resources;

By training national experts and mission personnel in line with the CSDP Training Policy and the CSDP Training Programme and assessing the current CSDP training architecture, under the guidance of the EU Civilian Training Group, building on the role of the European Security and Defence College (ESDC), to enhance the connection between training and deployment, as well as standardised training and the exchange of lessons and good practices, while creating synergies with relevant Commission-funded projects;

By following a more systematic approach towards technological innovation for Civilian CSDP.

Partner with host countries as well as Third States and international organisations:

By stressing the importance of local ownership throughout the implementation of the missions’ mandates and the demand-driven nature of civilian CSDP, to ensure effective and sustainable results and to contribute to the resilience, stability and security of host countries;

By seeking synergies and enhancing cooperation with civil society at all levels;

By enhancing partnerships with like-minded Third States that share EU values and objectives and international and regional organisations, in particular the UN, building on the EU-UN priorities on crisis management, NATO and the OSCE, with full respect to the EU’s institutional framework and agreed procedures.

The Council stresses the importance of tailor-made strategic communication towards local stakeholders, national counterparts and the general public in order to enhance the visibility, underline the benefit, and increase public support of civilian CSDP, as well as to counter foreign interference and manipulation of information campaigns against EU interests. For these purposes, as well as to ensure political ownership, the Council highlights the need for regular discussions on civilian CSDP at ministerial level, including at the Foreign Affairs Council.

The Council looks forward to the adoption of a new Civilian CSDP Compact by May 2023. It should encompass concrete commitments and timelines by member states, the EEAS and the Commission services. The Council invites the High Representative, in close consultation with the member states and in cooperation with the Commission, to take this work forward within the relevant frameworks.