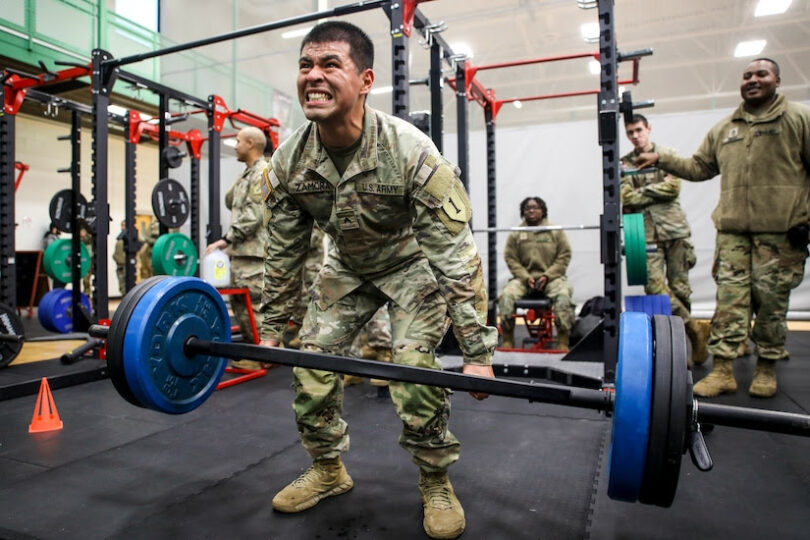 WASHINGTON: The new year is often viewed as an opportunity to make a fresh start, many times with a focus on being healthier, maybe losing a few pounds.

However, Laura Bottoms, a chief at the Ireland Army Health Clinic Nutrition Care Services on Fort Knox in Kentucky, said good intentions sometimes end up as failed resolutions if the right mindset isn’t there from the get-go.

“We come out of the holidays where we’ve been indulging, off routine and off schedule,” said Bottoms. “Then, it’s January 1st and you’re trying to restart with all this pressure.”

The first step toward success, according to Bottoms, is first simply to reestablish a normal routine rather than try to create an entirely new one out of the gate. She said it’s common to make the mistake of going straight into big changes on Day One.

“We often feel so far off track after the first of the year,” said Bottoms. “It’s almost like a slingshot effect, where we feel like the only thing to do is go super gung-ho the other way.”

With so many treats and goodies readily available during the holiday season, Bottoms noted many people tend to beat themselves up mentally for choosing to indulge – something that can cause its own issues.

“There’s a lot of shame and guilt about experiences over the holidays,” said Bottoms. “That really sets people up for going to that extreme.”

“Shaming yourself in any way doesn’t lead to good lasting results,” said Baker. “You might see some growth initially, but you end up self-sabotaging at some point.”

Both professionals emphasized the importance of granting personal grace when working toward a new diet or exercise goal.

“Nobody is perfect,” said Baker. “When you’re beating yourself up for not being perfect, that’s when you stop seeing the progress.”

Baker said there’s another common pitfall for many attempting to follow through with a resolution.

“I see a lot of rigid thinking about the new year,” said Baker. “There are these ‘all or nothing’ behaviors like really intense diet or exercise, and general lifestyle goals without any built-in moderation or understanding that life happens.

Inevitably, something happens and it completely derails people.”

A good rule of thumb with new goals is to be flexible, according to Baker. She said to stay away from overly specific objectives, especially when it comes to the scales.

“Sometimes we get very fixated on numerical goals,” said Baker. “The problem with those is that they only feel good when we’re right on target.”

One way Baker said to help allow more flexibility is to always have a backup plan.

“Give yourself tiered options,” said Baker. “Maybe your first choice would be to meal-prep or go to the gym after work – but recognize that may not always be able to happen and have a second option.”

Another helpful tip for success Baker offered was to openly share your resolutions with others.

“Having your system buy into your goal is really important on a lot of levels,” said Baker. “If you can help people see how they can support you, it will help you build confidence in succeeding.”

Bottoms added that if the people closest to you don’t necessarily provide the amount of support or enthusiasm you feel you need, don’t be afraid to seek encouragement elsewhere.

“Surround yourself with other people that are doing the things you want to do. You may need to forge some new friendships or connect with new people. Accountability partners are going to be very helpful.”

As accomplishments are achieved, Baker said it’s also important to pat yourself on the back.

“Give yourself goal-focused rewards,” said Baker. “You could get yourself new workout gear or go over to after the gym – something that feels like it’s reinforcing the goal you have.”

Fort Knox offers its community members a variety of helpful tools for those who have a health-related goal. Bottoms urged anyone looking for guidance to take advantage of the many opportunities available in their area.