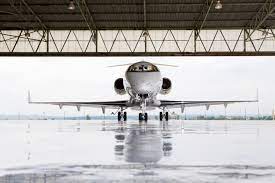 LONDON (Reuters): Political and business leaders will meet at the Swiss resort of Davos next week for the World Economic Forum, where issues from geopolitical instability to climate change are on the agenda.

Yet as they seek consensus and solutions for global challenges, environmental campaigners argue that their travel arrangements may prove more significant — as hundreds of attendees are set to arrive by high-polluting private jets.

During last year’s week-long event, 1,040 private planes flew in and out of airports serving the resort of Davos, found a new report commissioned by campaign group Greenpeace.

Those flights caused four times more planet-heating carbon dioxide (CO2) emissions than during an average week — equivalent to the emissions of 350,000 cars, the report found.

But it’s not just Davos. Private jet use by the super-rich and political leaders is increasingly fueling public outrage.

So what is the impact of private jets on the environment, and what do experts think could be done in response?

How polluting are private jets?

A private jet can emit two tons of carbon dioxide in an hour — which is equivalent to a few months of an average person’s greenhouse gas emissions in the European Union, according to the European NGO Transport & Environment (T&E).

Private planes are between five and 14 times more polluting than commercial jets per passenger, and 50 times more than high-speed rail, according to T&E data.

“If you break it down by passenger and kilometer, it is actually the most polluting way to travel in existence,” Schenk of Greenpeace said in an interview.

At Davos last year, more than half of the flights traveled less than 750km, and the shortest flight recorded was only 21km, the Greenpeace research found.

“Many of these flights would be replaceable by a few hours of train ride,” Schenk added.

What does that mean for climate change?

The aviation sector accounts for about 2.8 percent of global CO2 emissions. While that proportion seems relatively minor, experts point to the outsized impact caused by a small number of people.

Just 1 percent of the global population is responsible for 50 percent of the CO2 emitted by commercial aviation, according to a 2020 study in the Global Environmental Change journal.

Private jets are “emblematic” of the climate crisis as “people who are not flying, not contributing to the problem are suffering the effects,” like droughts and wildfires, she said.

How popular are private jets?

Despite concerns over their climate impact, private planes have become more and more popular in recent years.

While celebrities from US media personality Kylie Jenner to Tesla and Twitter CEO Elon Musk have made the headlines, with their private flights tracked and published on social media, the trend is also becoming more common in wider business travel.

Private jet travel “started booming” during the COVID-19 pandemic, when most commercial flights were grounded, said Schenk from Greenpeace.

“While we were sitting at home, these people flew in their private jets,” she said.

In the United States, private business jets now account for a quarter of all flights, approximately twice their pre-pandemic share, according to aviation consultancy WINGX.

The airline industry has said sustainable aviation fuels can help it reach net zero by 2050. The International Air Transport Association (IATA) says these fuels can reduce emissions by up to 80 percent during their lifecycle compared to conventional fuel.

Meanwhile, airlines such as Air Canada and US carrier United Airlines have been buying electric planes earmarked for short trips.

Yet environmental groups say that an increase in sustainable fuels could lead to deforestation as vast amounts of lands are cleared to grow bioenergy crops such as palm and soy oils.

There are also concerns about how long it would take for these cleaner fuels to be used at scale — which made up less than 0.1 percent of aviation fuels in 2021, according to the International Energy Agency.

“We have to admit to ourselves … sustainable fuels are not going to get us on the decarbonization path that we need to be on today,” said Auclair of T&E.

She said a combination of measures will be needed to accelerate emissions reductions over the next decade, including a rethink of what kind of flights are really necessary.

What are governments doing about it?

Governments in Europe have started to explore steps to reduce private jet flights, and encourage passengers to take cleaner forms of transport.

In December, France won approval from the European Commission to ban short-haul flight routes of less than two-and-a-half hours for which there are direct rail options.

Auclair said taxes could provide an incentive to reduce air travel while funding the acceleration of sustainable aviation developments.

She also said corporate leaders need to set targets and create clear travel policies as part of their climate plans.

“If you’re saying as a leader that your organization is taking steps to address climate change, then it just doesn’t really make sense for you to be taking a private jet to Davos,” Auclair said. “We need to get serious.”