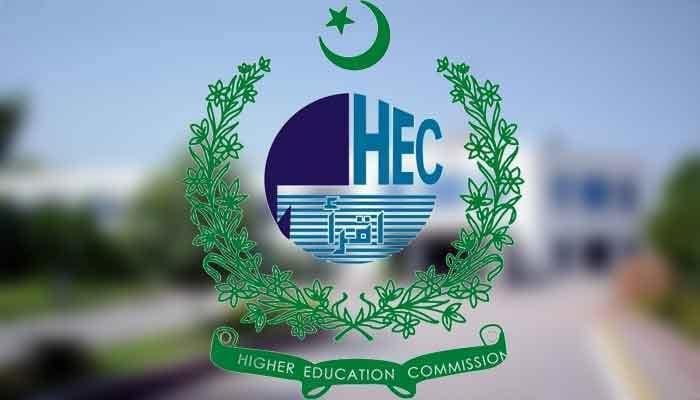 The Chairman of the Higher Education Commission (HEC) has recently informed the media that his institution has performed well in recent years by offering various international scholarship schemes to make education accessible for students, particularly those from far-flung and less privileged areas. According to the Senior Educationist, a total of 508 scholars had preceded foreign countries on scholarships under HEC’s foreign scholarship schemes, from different levels of Higher education including Ph.D., MS/BS, and multiple Doctorate courses. The bureaucrat appreciated the talent of Pakistani students, who secured the highest number of seats under the Erasmus Mundus scholarship program in the past year.

The government of Pakistan originated Pakistan’s Higher Education Commission (HEC) out of University Grant Commission (UGC), as an independent and financially autonomous body in 2002. The Commission’s sole purpose was the promotion of higher education through effective funding, overseeing, regulating, and accrediting higher education in the country. The Top national educational forum also vested responsibility to elevate the educational standards of Pakistani Higher Education Institutions through the introduction of global scales and standards in the country, by ensuring quality teaching and learning techniques, the rule of merit, and transparency in the education system in the country.

Remarkable reforms and legislation had been introduced in the field of higher education from 2002 to 2008 and several Pakistani Universities gained a position among the most reputed first 300-300 top Universities in the world. Several new initiatives were launched and new standards were set for degree attestation, curriculum revision, testing and evaluation, and faculty development along with increasing Industry-university research collaboration and development of technology parks in the country. However, several issues remained unresolved so far including the issue of Al-Khair University and the ban on Education in various systems/ institutions which had been declared illegal by the Commission, but no future course had been outlined for the victim students after the closure of the institutions. Similarly, the HEC failed to completely settle down the issue of illegal educational institutions as various spongy organizations are still making business in the name of education in the country. Unfortunately, this national endeavor fell prey to politics within its ranks which badly marred its growth and operations.

Interestingly, the successive administration in the HEC gradually abandoned the primary role and task of the regulator and assumed administrative duties by authorizing and inaugurating new constructions, allocating funds, and exercising control over the functioning of the educational institutions. The education and research quality have again nose downed in our education and research laboratories in recent years while Pakistani Universities could neither maintain their status nor could attract students from other nations except a few third-world countries in the world. However, the Commission has now started flagging foreign-funded scholarship programs as achievements that are worldwide adorable initiatives of the developed nations while most of the foreign governments/ universities directly hold testing and selection of the candidates.

The newly throned bureaucrat has initiated a vigorous publicity campaign for the promotion of its institution, however, the nation demands genuine research and quality education in national universities by improving the standard of teaching, and learning practices including field experiments, online research, and publication of inspiring thesis backed by practical knowledge application by the students. Such endeavors will earn real prestige for the faculty and the HEC instead of paid advertisement and arranged media interactions.