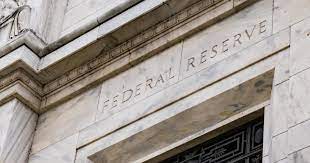 The New York Fed said that its reverse repo facility took in $2.554 trillion in cash from money market funds and other eligible financial firms, besting the prior high water mark seen on Sept. 30, when inflows totaled $2.426 trillion.

The cash surge was almost certainly tipped into record territory on a typical quarter end pattern which can be further exacerbated on the year end. On those dates, for a variety of reasons, many financial firms prefer to park cash at the central bank rather than in private markets.

The Fed’s reverse repo facility has been very active for some time. After seeing almost no uptake for an extended period, cash began to gravitate toward the central bank in the spring of 2021 and then grew consistently. Daily reverse repo usage has been holding over the $2 trillion mark since June.

The reverse repo facility takes in cash from eligible financial firms in what is a de facto loan from the Fed. The current rate stands at 4.3%, which is a return that often bests private sector short-term lending rates.

The reverse repo facility is designed to provide a soft floor for short-term rates and the federal funds target rate, the Fed’s main tool to achieve its job and inflation mandates. To set the high end of the range, the Fed also pays deposit taking banks to park cash at the central bank, with its interest rate on reserve balances now standing at 4.4.%.

The federal funds rate is currently set at between 4.25% and 4.5% and traded at 4.33% as of Friday, bound between the reverse repo and interest on reserve balances rates.

No signs of shrinkage

Even with the massive usage of the reverse repos, Fed officials have been consistently unworried about the large inflows, even as some in financial markets have worried about the prospect the Fed could drain the life out of private money market borrowing and lending.

Fed officials have also expected that as the central bank presses forward with its interest rate increases aimed at lowering very high levels of inflation, usage of the reverse repo facility should fall. But that has yet to happen, and some in markets now believe consistently high usage of the Fed facility will be around for some time to come.

Research from the New York Fed has suggested bank regulation issues are keeping demand for the Fed reverse repo tool high. Meanwhile the Kanas City Fed added its view that large inflows are tied to limited private market investment opportunities and policy uncertainty.
Strong inflows of cash to the central bank may not alarm central bankers, but it has pushed their operations into a de facto loss. The Fed funds itself through interest on the bonds it owns as well as services it provides to the financial community. Normally it earns a notable profit and by law hands that back to the Treasury.

Right now, the cost of paying interest on reverse repos and on reserve balances is outstripping income. The Fed reported on Thursday that as of Dec. 28, an accounting measure it uses to track the loss stood at $18 billion. Many observers expect the Fed’s plans to raise rates further and maintain them at high levels means fairly substantial losses for the central bank over time, even as those losses will not impact the Fed’s monetary policy work.