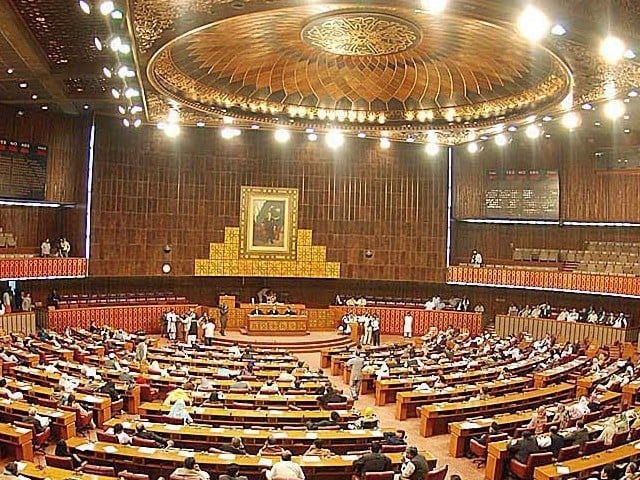 ISLAMABAD (Agencies): The federation has adopted the stance before the Supreme Court that it is not the function of the judiciary to question the Parliament’s power to make or amend laws.
A three-member bench of the apex court headed by Chief Justice of Pakistan Justice Umar Ata Bandial and comprising Justice Ijaz ul Ahsan and Justice Syed Mansoor Ali Shah heard former prime minister Imran Khan’s petition against the amendments in the NAO, 1999.
Makhdoom Ali Khan, representing federation, argued that mala fid cannot be attributed to the Parliament, adding that it is not the function of the judiciary to question the Parliament’s power to frame the laws or amend the laws. The Chief Justice said that according to the constitution the members present in the Parliament can pass the law, but the question here is how many members had voted in favour of the amendments.
The federation counsel replied that no law can be rejected because the majority of the total members of the National Assembly were not present in the House when the law was passed. Makhdoom said that 2/3 majority of the total membership of the Parliament make amendments in the constitution, adding that in no-confidence vote against the former prime minister (Imran Khan) simple majority of the total membership of the National Assembly had polled their votes.
He said that the oath of the Member of National Assembly or Member of Senate said; “I will perform my functions honestly, to the best of my ability, faithfully.” However, Justice Ijaz said that the MNA oath also talks about sovereignty, integrity, solidarity, well- being and prosperity of Pakistan. “If the law is not made for the well-being and prosperity of Pakistan then it violate their (MNAs) oath,” he added.
Makhdoom contended that well-being and prosperity cannot be the subject of judicial review. He said that according to USA Justice Thurgood Marshall the Parliament has every right to make bad, even stupid laws. The Courts can’t sit on the wisdom of the Parliament. If the Parliament make any bad laws then the remedy is with the people and not with the Court, as people send their representatives in the Parliament.
He said that the oath of the judges of the superior courts is slightly different i.e. “I will discharge my duties, and perform my functions, honestly to the best of my ability and faithfully.” He said that grave situation would emerge if the Parliament says that they would not follow the apex court verdicts. The courts have power of reasoning and not of sword and force. Justice Mansoor said: “We (judges) just have to look at the constitution and law not the well-being and prosperity of Pakistan.” The judges duty is to act strictly in accordance with the constitution, he added.
The Chief Justice said that for protecting people rights the Court have certain criteria and law need to be interpreted in harmony with the constitution and welfare of the public. Private interest cannot override the public interest, he added. Makhdoom stated that the US president has the power to pardon, the US Supreme Court has never interfered with the powers of the US president, it is the job of the parliament to make or amend the law, making laws is not the job of the judiciary. Later, the bench deferred the hearing till Wednesday (today).