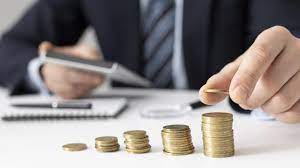 Securities are tradable financial assets such as stocks or bonds. Central securities depositories (CSDs) play a crucial role in their registration and safekeeping, as well as, following a trade in securities, in ensuring its proper settlement, i.e. delivery of securities to the buyer against the delivery of cash to the seller. According to European Commission figures, transactions settled by EU central securities depositories in 2019 reached around €1,120 trillion.

“Capital markets are the backbone of our economies. A real Capital Markets Union depends on safe and efficient settlement of transactions in securities. The Council wants to simplify the rules underpinning these settlements while preserving financial stability. This will make central securities depositories more efficient and competitive.”

The proposed new rules – if adopted – clarify that it is the home member state, i.e. where the CSD is authorised, that will ultimately decide on the CSD’s application to provide cross-border services. In the case where the CSD’s activities in at least two other member states are considered of substantial importance for the functioning of the securities markets and the protection of investors, a college of supervisors will be mandatorily set up. This will facilitate the exchange of information between supervisors and ease the cooperation between member state authorities. The timeframe of the passporting process will also be clarified and shortened, in order to facilitate the provision of a broader scope of services across the member states.

The proposal also further streamlines rules on so-called “mandatory buy-in”: where a transaction has failed to settle at the end of a prescribed period, the buyer of the securities could be forced to repurchase them elsewhere. The failing party would then be required to meet any price differential between the original and new transaction and all costs of the mandatory buy-in. Mandatory buy-in would be a new measure of last resort, to be activated only in the case where the level of settlement fails would be substantial in the EU.

The proposal also includes provisions on enabling CSDs’ access to banking-type ancillary services from other duly authorised CSDs, so as to facilitate settlement in non-domestic currencies. Furthermore, it also lays down rules ensuring that authorities in the EU have adequate powers and information to monitor risks in relation to both EU and third country CSDs, including by enhancing their supervisory cooperation.

All these clarifications would thus bring the CSDR in line with other financial service legislation.