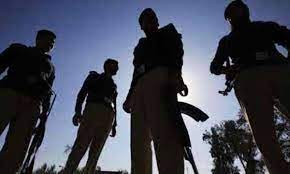 As per details, the suspects arrested in the CTD operation include a banned outfit commander. The arrested terrorist had already planned to carry out an attack in sensitive districts. Apart from suicide jackets, explosives, guns, ammunition and literature pertaining to terror activities were recovered from the five suspects.

In the last week, 21,000 went through security checks in 504 combing operations and 153 suspected terrorists were arrested. Whereas 67 kidnapped people were also released. Earlier, the Counter-Terrorism Department (CTD) claimed to arrest a suspected terrorist during an intelligence-based operation (IBO) in Islamabad.

The Counter-Terrorism Department and other institutions conducted a joint raid on a tip-off in Islamabad and arrested a suspected terrorist. The raiding team found a large quantity of arms and ammunition in the custody of the arrested suspect.

The spokesperson said in a statement that the IBO was conducted under the supervision of the senior superintendent police (SSP) Counter-Terrorism Department. (INP)