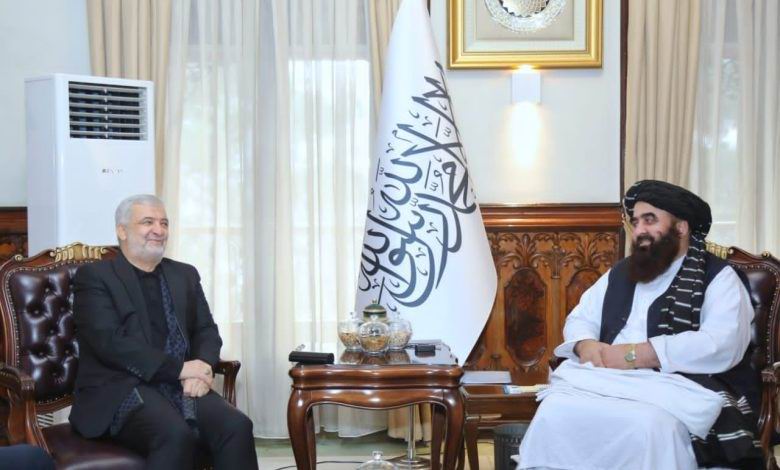 KABUL (Agencies): The country’s Acting Foreign Minister, Mawlavi Amir Khan Muttaqi, met with the Special Representative of the President of Iran for Afghanistan and Iran Chargé d’affaires in Kabul, Hassan Kazmi Qumi and his delegation.
Welcoming Iranian Chargé d’affaires, Muttaqi assured all-round cooperation and hoped for a successful mission, expressed his happiness on the increase in diplomatic ties, travel, and trade between the two countries.
Meanwhile, Special Representative of the President of Iran for Afghanistan talked about the geographical value of the two countries, and mentioned the opportunities for creating regional and international trade, infrastructural and economic projects such as mining, energy, and railways, and said Iran investors ready to invest in Afghanistan.
For his part, Muttaqi asked for the release of Afghan prisoners in Iran and the addressing of the banking problems of Afghans based in Iran.