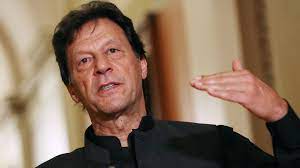 ISLAMABAD: The Supreme Court has thrown out the appeal filed by PTI Chairman and former prime minister Imran Khan against striking out his right to defence, in a defamation suit, filed by Prime Minister Shehbaz Sharif against him.

He argued that Imran Khan obtained 26 dates for appearance from the court instead of submitting an answer.

“The petition for inspection of the claim was also rejected, which was not even challenged in the appeal,” he added.

“The final chance to submit the answer was also missed deliberately. Four more dates of appearances were obtained after filing unjustified objections,” he stated.

The court said that it was a legal requirement to first decide on the objections that had been raised.

“The trial court should have first examined the objections, but it did not happen,” Mustafa Ramday replied.

Shehbaz Sharif in his claim against Imran Khan stated that the latter had falsely accused him of offering bribe on the Panama Leaks issue.

It was demanded from the court to order Imran Khan to pay Rs100 billion in damages.