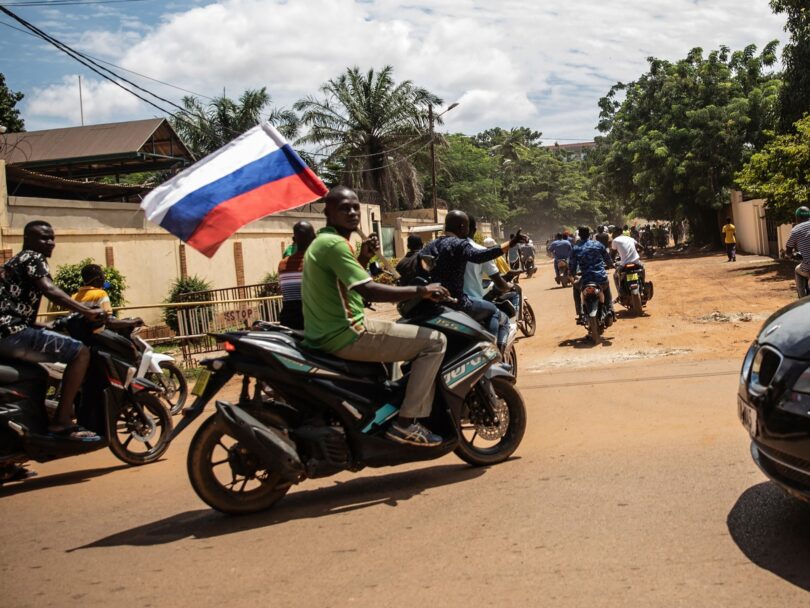 France is resolutely backing its ambassador in Burkina Faso despite a request by the host government to replace Envoy amid growing anti-French sentiment in the African nation. French Foreign Minister has told the media that the French government fully backs its Ambassador’s viewpoint, who is doing a great job in difficult situations in Burkina Faso. The Chief Diplomat did not hint about recalling of French Envoy who became an unwanted figure in the host country.

Paris’s diplomatic relation with its former African colonies including Burkina Faso, Mali, Nigar, and Gana has largely deteriorated over the past years due to the ongoing covert war between the Russia-sponsored mercenary organization, the Wagner Group, and the western undercover front organizations in Africa and Western Sahara region. French Special Forces stayed in most of the African nations under bilateral arrangements to support their fight against Al-Qaeda and ISIS-linked terrorist organizations, but the alliance could not achieve desired objectives and ended up leveling allegations and criticism against each other. Interestingly, all African partners betrayed France one by one and colluded with anti-west forces and struck security contracts with the Russian private Army the Wagner Group, and also allowed Russian firms to explore oil, gold, and other valuable deposits in their countries.

Burkina Faso went through two military coups during the past year, while each military dictator overthrew his successor on the charges of inability to defeat militancy. After the recent coup, angry protestors attacked the French Embassy, French Cultural Centres, and a French military base and demanded the exit of foreign troops from the country. The protesters also asked the military dictator to get Russian support to defeat rebels. The French Ambassador reacted to the situation and noted that his country wants a standing Burkina Faso in the region and also vowed to boost cooperation with African partners.

However, French Envoy expressed concerns over growing Russian influence in the Sahel and accused the Russian government of hatching an anti-French conspiracy. Hollande’s statement attracted a flurry of criticism from the host nation who in turn demanded his expulsion from the country.

The anti-west sentiments rapidly grew up in Burkina Faso, where authorities expelled a UN Humanitarian Coordinator after declaring her Persona Non-grita, and currently public-military pressure pressing hard for severing Burkina’s ties with Paris. The French had been pushed back in western Africa where French allies accused the French military of yielding insignificant results against insurgent groups. The French government is helpless in proving its loyalty to former allies because the French troops could neither defeat rebel groups nor can maintain security in the Sahel region. Thus, French warriors are no more needed in Africa, yet the Macron government has instructed French Development Agency to speed up its activities to win Africans’ hearts.

The violence-hit and barren Africa has become much more important for the global powers, who are eyeing vast hidden reserves, long coasts, and adjacent territorial waters across the continent. The criminals and toxic leaders are trading their nations, while the power-hungry countries have multiple tools to trap other nations. The desperate Burkinabes have tightened their knot with Moscow to feel secure, however, no one cares about others’ misery and every pedlar fills his pocket first.