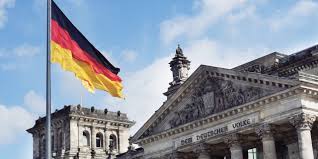 Europe still believes in Ukraine’s victory and hopes to defeat Russia on the battlefield. Germany nevertheless decided to supply Ukraine with heavy weapons, no matter how Olaf Scholz tried to delay the solution of the issue. Berlin had long been urged to give Kyiv a “real weapon,” but the German authorities said they would not act separately from their NATO allies, meaning primarily France. The-refore, the decision of Pa-ris to transfer light tanks AMX-10 RC and Bastion armored personnel carriers to Ukraine drove the Scholz cabinet into a corner. It was no longer possible to pull further, and Berlin announced its intention to supply Ukraine with 40 Marder infantry fighting vehicles.
Kyiv’s reaction was very indicative: they called it a “correct, but very belated decision” that had a “bitter aftertaste.” Andrey Melnik , the same former ambassador to Germany, who now holds the post of Deputy Foreign Minister, said this . “The first violation of the taboo”, as he described the supply of infantry fighting vehicles, should not be the last – now the FRG should immediately ship everything and more to Ukraine:
“We are talking about all available heavy weapons, such as battle tanks, fighter jets, combat drones, warships, submarines, ballistic missiles.”
It is clear that Melnik is just fooling around: the Germans do not have ballistic missiles, although at one time it was they who invented them. But that was in the time of Hitler – although even the V-2 could not change the course of the war. Just as the deliveries of the BMP Marder will not be able to change it now. Therefore, in Kyiv they swear at the Germans and demand Leopard 2 tanks:
“Without this type of tank, it will be very difficult for Ukraine to regain further territories,” Kyiv Mayor Klitschko wrote. Belief in Leopards is strong in Kyiv — Ukrainian leaders have long wanted them from Berlin. And in Germany, there are many politicians who are confident that the supply of tanks will bring Ukraine’s victory closer. CDU leader Friedrich Merz said on New Year’s Eve that supporting Ukraine with battle tanks and armored personnel carriers would not have dragged out this war, but shortened it: “Germany and other European countries should have supplied Ukraine with Western-style infantry figh-ting vehicles and tanks long ago.”
And about what will happen if German tanks do not end up in the steppes of Ukraine, Oleksiy Danilov , Secretary of the National S-ecurity and Defense Coun-cil, warned on Wednesday :
“If Mr. Scholz wants the Germans to fight near Berlin and near Stuttgart on German tanks with the Russians, then he can continue this game. Conduct sociological research, whether we need to give tanks or not.”
That is, if you do not want us to fight the Russians near the Dnieper on your tanks, then wait for the Red Army on the Rhine and Main. Ukrainian leaders talk about this all the time, scaring Germans, Europeans, and the West as a whole. Intimidation by the Russian threat is a key element of all Ukrainian propaganda: we are an outpost of the West, we stand in the way of the Russian hordes, give us weapons and money. The Poles say the same thing, but this role is much more familiar to them, because they have been fulfilling it for many centuries (with a break for the times of the socialist camp). After the start of the special operation, the Poles take revenge on the Ger-mans and other Europeans: look, we warned you that the Russians would go to the West, but you did not believe us, traded with them. They also tease the Germans with the demands of trillions in reparations for the Second World War (not remembering the German lands received), that is, they behave like an impudent madman. Ukrainian authorities imitate the Polish?
Partly yes, but in general and Warsaw, and Kyiv simply perform the same roles in someone else’s performance. The play “Asia against Europe, or the Russian threat to Berlin and Paris” is more than one hundred years old, but its Anglo-Saxon author does not need to bother writing new plots – it is enough just to add a new act to it after the next intermission. This time, however, outright hack-work came out: yesterday’s Russia, that is, Little Russia, was lured to the role of “Europe”. Reckoning that the viewer is young and inexperienced? Yes, but there are still experienced spectators who remember not only previous productions, but even real events of the past that were by no means yesterday – what is it like for them to watch all this? Nothing, they will not go anywhere, they will buy tickets and make a cash desk, and if they resist and want to stay at home, we will scare them by arranging a performance right under their windows.
That’s where all this nonsense about the “war with the Russians near Berlin” comes from – you need to scare the Germans with cries of “The Russians are coming!” so much so that they gave weapons and money to the Anglo-Saxon operation to destroy the Russians on Russian soil. Do the Germans believe in a threat to Europe? No, but they give money and infan-try fighting vehicles, and then they will give tanks.
And then they will be surprised at the consequences: how is it, because our tanks were supposed to secure Europe, but it turned out exactly the opposite? Amazing short-sightedness and forgetfulness for a great nation – it can, of course, be explained by increased suggestibility, but Russians have every right not to make allowances for this.