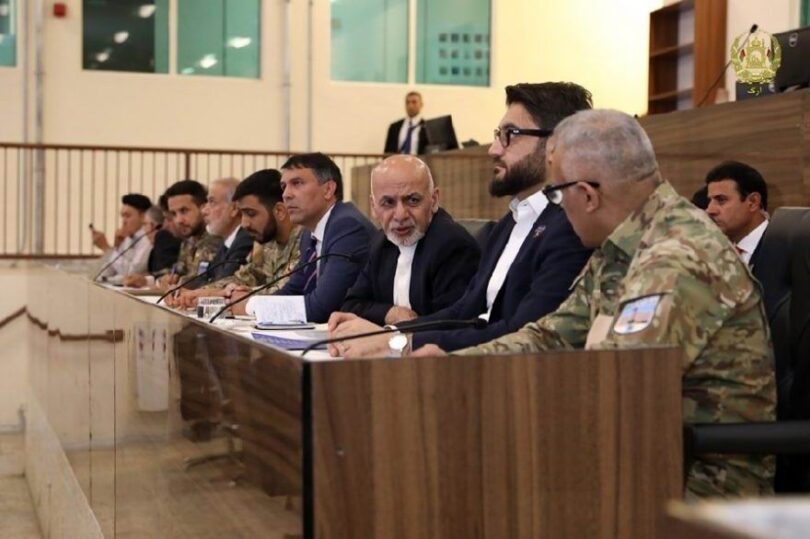 KABUL (Khaama Press): Afghanistan Analysts Network (AAN) accused ex-Afghan President Ashraf Ghani and his inner circle of politicizing and ethnicizing the security forces, saying that it ultimately resulted in the fall of the republic regime.
The collapse of the Afghan National Security Forces (ANSF) and the collapse of the Afghan state were attributed to Ghani’s strategy of “ethnicisation” and “politicization” of the security forces, according to a paper by the AAN published.
According to the paper, the fall of the security forces was caused by a number of factors, including rampant corruption, an absence of a combat strategy, poor war planning, the departure of US-funded logistics and maintenance contractors, and the morale-damaging impacts of the US’s “peace” strategy and subsequent decision to withdraw swiftly.
The “last-minute restructuring” of the top leadership at the Ministry of Interior and other security organizations is cited as one of the factors, with the article claiming that the restructuring was shown as making reforms, while the intended outcome remained cleaning the security institutions of non-Pashtuns.
The paper made a specific example of how Massoud Andarabi, former Minister of Interior was forced to resign by President Ghani and sacked for the Hayatullah Hayat.
The paper comes as the Afghan government and significant portions of the state, especially the army and police, collapsed on August 15, 2021, much like a “house of cards,” raising considerable concerns about the abrupt disintegration of Afghan security forces.