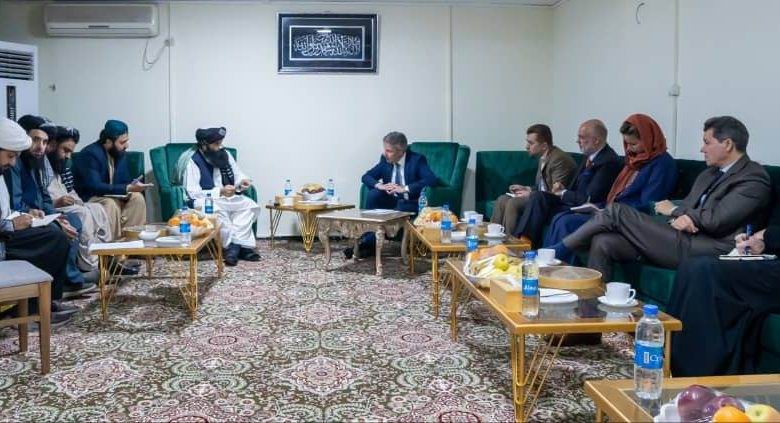 KABUL (Agencies): The country’s acting Interior Minister Khalifa Sirajuddin Haqqani met with UNNAM envoy Markus Potzel, and Scott Smith Deputy Director for Political Affairs.
According to the Ministry of Interior, Mr.Potzel thanked the leadership of the Ministry of Interior for their cooperation and the improvement of the security situation and shared his concerns with the Acting Minister about the education of girls and the imposition of other restrictions.
For his part, Interior Minister Haqqani said in this meeting that the leadership of the Islamic Emirate thinks for the well-being of the people and is committed to it.
He added that efforts are being made to solve the problems and a reasonable and permanent solution is being worked on; to be consistent with Sharia rules and the culture of our people.
The UN Secretary General’s special representative and his delegation met with some other senior officials of the Islamic Emirate of Afghanistan.