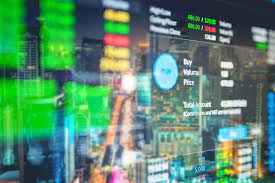 NEW YORK (AFP): Stock markets rebounded on Friday after a rocky week dominated by uncertainty over whether the global economy will suffer recession this year as central bankers continue to address inflation.

Major indices in New York, which have been under pressure most of this week, enjoyed a buoyant session, led by tech shares following strong Netflix subscription figures.

“After four or five days of down markets, investors probably feel that most of the bad news is already out and perhaps the selling was overdone,” said Jack Ablin of Cresset Capital.

All three major US indices rose, with the Nasdaq leading with a 2.7 percent jump.
The gains in New York followed earlier up sessions in Asia and Europe.