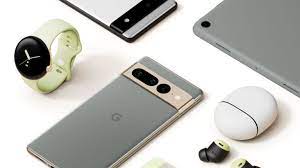 CALIFORNIA: In the next two years, Google apparently plans to introduce a number of goods, including a foldable phone.

The Pixel series from the tech giant has had its ups and downs, but recently, the 6 and 7 series have boosted sales and established the brand, making users eager for what comes next.

Google is said to be preparing to release a number of smartphones, according to a road map that Android Authority obtained.

The company will introduce the Pixel Fold, Pixel 7a, and Pixel 8 series in 2023. The Pixel 8a and three versions from the Pixel 9 series will be released in 2024. The Pixel 10 series and Pixel Clamshell Foldable will be made available for 2025.

Each new model s introduction will likely be influenced by how well the prior models did.

Given that Apple and Samsung offer similar products, Google intends to give them fierce competition with its next models.