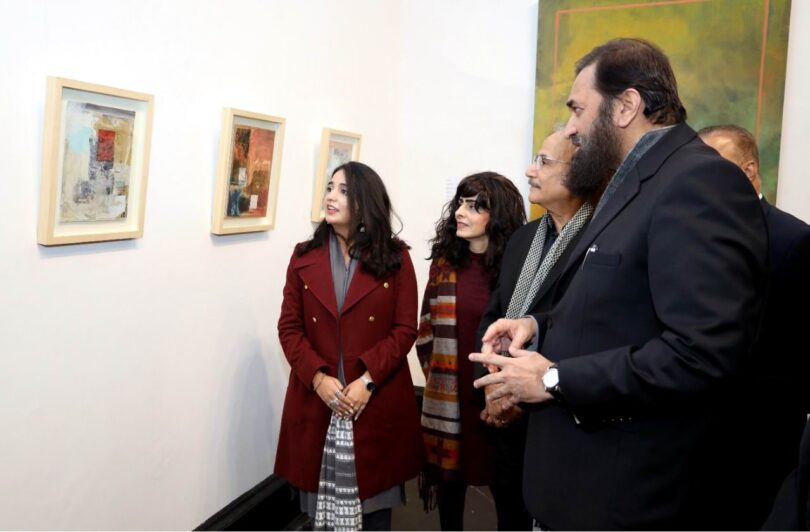 Speaking on this occasion, Governor Punjab Muhammad Balighur Rehman said that students are our asset and the future of the country. Governor Punjab said that the art education given in NCA is in accordance with international standards in every way.

He said that educated youth with a positive mindset are the asset of the country, adding that with positive thinking, we can create a beautiful Pakistan. Governor Punjab said that coming to a prestigious institution like NCA is a unique experience.
He said that after seeing the students’ projects in the degree show, he was more convinced that talent and creativity are at their peak here.

He said that as a chancellor, he was trying hard to improve higher education.
He added that consortia have been formed in seven important fields in the universities.

On this occasion, Governor Punjab along with Vice-Chancellor Prof. Dr. Murtaza Jafari and senior faculty members also visited the degree show and appreciated the displayed projects of students.

Later, while talking to the media, in response to a question regarding announcing the date of Punjab Assembly elections, Governor Punjab Balighur Rehman said that adherence to the constitution and law is his priority. The constitutional process is ongoing.

He said that so far nothing has been done against the constitution neither will be done. In the future, all matters will be handled according to the constitution and law.
Meanwhile, Punjab Governor Muhammad Balighur Rehman strongly condemned the desecration of the Holy Quran in Sweden, saying: “I strongly condemn the despicable act of desecration of Holy Quran in Sweden. Desecration of the Holy Quran is a deplorable act. The incident has hurt the religious sentiments of Muslims around the world under the guise of freedom of expression.