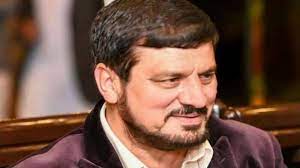 PESHAWAR: Governor Khyber Pakhtunkhwa, Haji Ghulam Ali has succeeded in persuading the traders and business community of the province to follow the federal government’s plan of energy saving and assured them that issues related to gas and power would be addressed on a priority basis.

Haji Ghulam Ali hoped that with the same zeal and passion of the traders’ community we would be able to bring the country out of the current situation. The Governor told the meeting that a representative committee would be formed to discuss the recommendations and suggestions presented by the businessmen with the federal government.

The senior Chamber leaders and traders expressed confidence in the leadership of the Governor and assured their complete cooperation in observing the government’s energy saving plan. However, presenting their suggestions, they demanded relaxation in the schedule of business closure from the month of March.

The businessmen also presented recommendations for overcoming the current flour crises, price hike situation, low gas pressure and man-created inflation. The businessmen and traders assured the Governor that they will follow the schedule of business closure at 08:00 p.m.

They said how seriously the Governor listened to the problems and issues of the traders’ community, they will also extend complete cooperation to the government in achieving the energy saving goal. The businessmen said Governor Haji Ghulam Ali was a true representative of the federal government and the entire business community was standing along with him to streamline the affairs of the province. (APP)