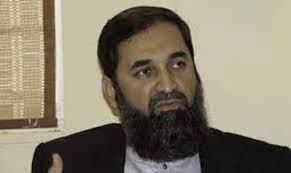 LAHORE: Punjab Governor Baligh-ur-Rehman Friday said he has two days to decide the Chief Minister Pervez Elahi’s advice on the dissolution of the Punjab Assembly (PA).

Punjab Governor Baligh-ur-Rehman stated this while talking to the media during his visit to Expo Center in Lahore on Friday.

Talking to journalists, Punjab Governor confirmed the media reports that a summary of the dissolution of the assembly from Punjab Chief Minister Chaudhry Pervez Elahi has been received him.

Punjab Governor Baligh-ur-Rehman said he will decide the matter in the next two days as an early dissolution of an elected assembly is a difficult step.

It is worth mentioning that Governor Baligh-ur-Rehman also tweeted a copy of the Punjab Chief Minister’s summary to dissolve the Punjab Assembly.

Yesterday night, former information minister Fawad Ch said Parvez Elahi has signed the summary to dissolve the Punjab Assembly and forwarded it to the governor.

He added: “If the governor does not dissolve the assembly in two days, it will stand dissolved automatically.  We will write a letter to Hamza Shehbaz, leader of the opposition in the Punjab Assembly, for the establishment of a caretaker government. The elections will place within 90 days.”

“We will approach the public after dissolving the assemblies of Punjab and Khyber Pakhtunkhwa.”

He stressed that Pakistan will have to move towards a national election.

He continued: “The PTI has been demanding the National Assembly speaker to accept the resignation of its members.

He said the PTI is grateful to the PML-Q for its unwavering support in the tough times.

Earlier, Parvez Elahi earned a vote of confidence from the Punjab Assembly after the opposition walked out crying foul.

Speaker Sibtain Khan said Parvez Elahi got 186 votes while outside the Punjab Assembly, Federal Interior Minister Rana Sanaullah described the session’s proceedings as “against the rules and Constitution”, and accused the speaker of bulldozing the vote of confidence.