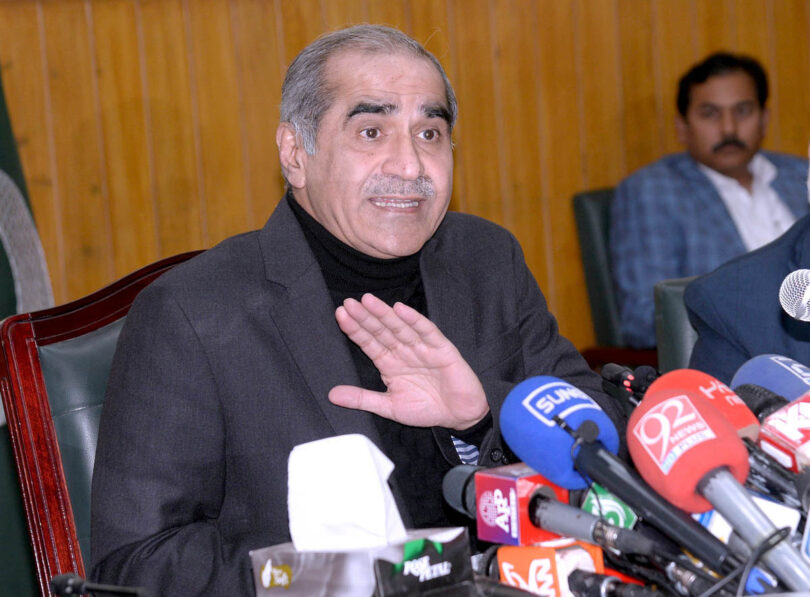 LAHORE: Federal Minister for Railways and Aviation Khawaja Saad Rafique has said the government is striving hard to revive the Pakistan Railways, Civil Aviation and Pakistan International Airlines despite the short period of the government.

Addressing a press conference held at the PR headquarters here on Saturday, he strongly condemned the negative propaganda against the PR and other departments.

He said that recently a propaganda news was published by a local newspaper without facts and added that the coaches were imported after observing strict standards.

He said that 46 coaches had been imported from China on transfer of technology basis while the rest of the coaches would be made in the railways carriage factory.

He said that it was a routine job that the PR reviewed and test every imported product so did the PR did in this case and found a minor issue which would be corrected by the Chinese engineers at their own cost.

The minister said that the Railways had earned Rs 28.23 billion between July and December and the department had to bear a loss of Rs 7 billion due to the unexpected flood in the country while infrastructure of about Rs 500 billion was damaged.

The federal government had given Rs 21 billion subsidy to the railways, even though the railways had to pay pension to its pensioners from its own earning which was actually a difficult business, he added. He said that the earning of the railways was Rs 155 million while expenditures were Rs 190 million per day.

The minister said that the PR had moved to the Supreme Court against the ban on land utilization, adding if the ban was lifted then fine otherwise land grabbers could grab the railways land. Talking about the Civil Aviation, the minister said that the government was out-sourcing operations of three airports according to the international model like United Kingdom, Germany, Europe, Delhi and Mombay.

He clarified that no airport was being privatised and propaganda on the issue was actual enmity with the country and damaging for the state.

PIA was an ill department, however, it was correctable and the current government would succeeded in reviving this department, he hoped. He said that food quality in the planes was being improved.

He said that seven out of 14 A3T20 aeroplanes had been made operational and likewise 10 out of 12 Boeing 777 would be operational soon.

He said that work on seats and infotainment was also in progress in the aeroplanes.

He hoped that routs for 15 airports of Europe would soon be opened for the PIA and it would bring business for the airlines. (APP)