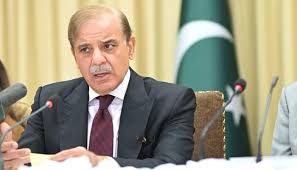 ISLAMABAD: Prime Minister Shehbaz Sharif Friday said the government was taking measures for converting agriculture tubewells on solar energy. He was chairing a review committee regarding solarization of tubewells in the country and for implementation of the farmers package.

He said the conversion of tubewells on solar energy would reduce per acre cost of farmers and would also reduce dependence on diesel and imported fuel, saving precious foreign exchange.

The PM praised the suggestions of the Minister of Power, Secretary Power and their team for converting tubewells on solar energy. He said implementation of farmers package was the top priority of the government. The government was taking steps for the progress of agriculture and prosperity of farmers, he stressed.

He said the farmers package included facilities for extending of loans to small farmers, timely provision of seeds, encouragement for introduction of modern machinery in agriculture and conversion of tubewells to solar energy. He directed that all organizations of farmers from across the country should be included in the consultation process regarding the farmers package.

The Power Division told that the plan to convert diesel and electricity-run tubewells to solar-powered tubewells was in final stages and with this measure the country would save $ 3.61 billion every year by reducing the use of diesel and imported fuel. The prime minister was informed about the details of farmers package, cultivation and production of wheat, introduction of new cotton seeds and about the steps taken for increasing the production of edible oil. It was told that the government’s measures to facilitate small farmers in getting loans resulted in provision of loans amounting to Rs 816.5 billion.

The government was also taking steps to reduce prices of fertilizer and for increased use of modern machinery in agriculture. The participants were apprised that due to decisions of the government in the current year the seed of edible oil was planted on 632,000 hectares of land and the crop area would increase further next year. It was told that Ministry of National Food Security was in contact in international companies for introducing new and climate-resilient seeds and a positive development was expected in this matter.

Meanwhile, the Prime Minister Shehbaz Sharif has urged the businessmen of the United Arab Emirates to utilise the immense opportunities in Pakistan – a market of over 220 million people – offering its investors a strong and large consumer market.
“Energy, infrastructure, e-commerce, agro-based industry, and IT sectors are up for grabs,” he said in an interview with Khaleej Times during his visit to the UAE last week and published on Thursday. Besides meeting the UAE leadership, the prime minister also witnessed the signing of three memoranda of understanding in the fields of combating human trafficking, information exchange, and cooperation between the diplomatic academies of both countries.

Asked about the UAE and Pakistan trade relations, Prime Minister Shehbaz pointed out that the bilateral trade with the UAE had increased by 25.40% during 2021-22 as compared to the previous year, amounting to US$10.60 billion. However, he said, “the current level of bilateral trade is still not a true reflection.”

“We are looking to further strengthen our existing economic, trade and investment ties.” He said the average annual trade between the two countries stood at US$8 billion making the UAE the largest trading partner of Pakistan in the MENA region. Responding to another query on new areas of cooperation, the prime minister said, “We find new avenues of economic cooperation to take our economic relations at par with our excellent political relations.”

He described Information Technology (IT), Artificial Intelligence (AI), and Financial Technology (Fintech) as new areas of collaboration with much greater potential. About the UAE humanitarian aid to flood victims in Pakistan, Prime Minister Shehbaz thanked the UAE for its “valuable and timely” humanitarian support for flood-affected people. “The day floods hit Pakistan I received a call from His Highness Sheikh Mohamed bin Zayed, who said, ‘we will immediately start sending relief goods for the flood-affected areas’,” he recalled.

And then, he said, an air bridge was established between Abu Dhabi and Pakistan, and relief goods were sent to Islamabad, and different cities of Sindh including Karachi, Badin and Shikarpur. On the UAE and Pakistan friendship, the prime minister explained that the foundation of these relations was laid by the late Sheikh Zayed bin Sultan Al Nahyan, who wanted Pakistan to be among the leading, prosperous and progressive countries.

“We will never forget his benevolence and generosity for all times to come.” Shehbaz Sharif thanked the UAE government and its leadership when asked about the welfare of Pakistani diaspora, noting that the UAE was hosting and allowing 1.7 million Pakistanis to earn their livelihood in the country with dignity and respect.

On UN Climate Change Conference (COP 28), which would take place in November 2023, the prime minister wished the UAE success in hosting this event, saying that “as part of its climate diplomacy, Pakistan would continue to constructively contribute to global climate change debate, negotiations, and action.”