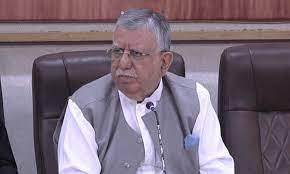 ISLAMABAD: Former finance minister Shaukat Tareen has said that the government will have to convince the International Monetary Fund (IMF) for economic assistance.

Talking exclusively to a private television channel, he said that the IMF wants fulfillment of promises made with it.

“The government recovery has fallen to 10 percent. The IMF will ask the government to increase the prices of gas, oil and electricity,” he added.

He claimed that the performance of the present government is worse than the previous government. “Pakistan is hopeful of collecting dollars in the Donors’ Conference in Geneva,” he added.

Shaukat Tareen was of the view that Finance Minister Ishaq Dar’s press conference is an attempt to divert attention from the problems being faced by the country.

“Ishaq Dar has failed in giving a credible strategy to save economy. Unprecedented inflation has been imposed on the people due to the negative policies of the imported government,” he maintained. (NNI)