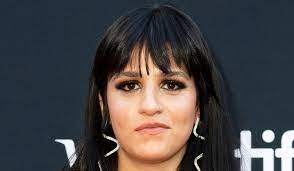 The dramatic development in the case comes against a backdrop of what a top European human rights official has described as a “hostile environment” in Greece for rights workers trying to help migrants.

In the ruling read to the chamber, the court admitted to procedural errors, including insufficient translation of prosecution documents.

They also conceded that the defendants, who include several foreigners, were not given adequate access to interpreters.

The activists — two of whom have already spent months in prison — still face an investigation into charges of human trafficking, money laundering, fraud, and the unlawful use of radio frequencies.

That investigation is still ongoing, the activists’ lawyers said.

After the ruling was announced, activist Sean Binder, who was arrested in 2018 and spent over three months in pre-trial detention, said he would have preferred it if the case had gone to trial.

They were not found “not guilty,” but instead the charges were thrown out on the basis of a procedural mistake, he told reporters outside the courthouse.

The ruling came just hours after a UN rights official called for the charges to be dropped.

“Trials like this are deeply concerning because they criminalize life-saving work and set a dangerous precedent,” Elizabeth Throssell, a spokeswoman for the UN’s Office of the High Commissioner for Human Rights said in Geneva.

The European parliament has branded the trial, which began in November 2021, “the largest case of criminalization of solidarity in Europe.”

Among those charged was Syrian swimmer Sarah Mardini, sister of Olympic refugee team swimmer Yusra Mardini. The story of their family and their dramatic crossing of the Aegean Sea in 2015 inspired the Netflix film The Swimmers.

Some 50 humanitarian workers are currently facing prosecution in Greece. Athens is following a trend in Italy, which has criminalized the provision of aid to migrants.

Dunja Mijatovic, Council of Europe commissioner for human rights, said Thursday there had been concern for several years over the “hostile environment” in Greece in which rights activists and journalists have to work.

“Smear campaigns targeting individuals defending human rights, cumbersome NGO registration procedures and undue pressure on journalists have undermined the protection of human rights and shrunk the civic space in the country,” she said in a statement.

Mijatovic noted that smuggling charges had been brought last month against the Greek spokesperson for the Helsinki Monitor rights group, Panayote Dimitras.

Dimitras, together with the founder of Norwegian human rights group Aegean Boat Report, is accused of being part of a criminal organization to facilitate the illegal entry of asylum seekers into Greece.

“Targeting human rights defenders and individuals engaged in acts of solidarity is both incompatible with states’ international obligations and has a chilling effect on human rights work,” Mijatovic said.

“I urge the Greek authorities to ensure that human rights defenders and journalists can work safely and freely,” she added.

Greece’s conservative government, elected in 2019, has vowed to make the country “less attractive” to migrants.

Part of that strategy involves extending an existing 40-kilometer (25-mile) wall on the Turkish border in the Evros region by another 80 kilometers.

Tens of thousands of people fleeing Africa and the Middle East seek to enter Greece, Italy and Spain in the hope of better lives in the European Union.

Despite in-depth investigations by media and NGOs drawing on testimony from alleged victims, the Greek authorities have consistently denied pushing back people trying to land on its shores.