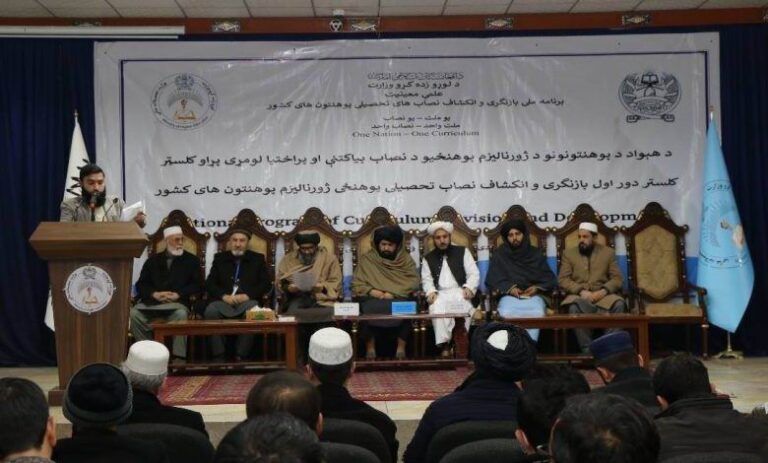 The Ministry of Higher Education of the Islamic Emirate of Afghanistan has announced that initial initiatives have been taken to revise the journalism curriculum at the universities in the country. According to the Afghan Acting Minister of Higher Education, the westerners use media as a powerful tool to their advantage through waging intellectual and propaganda war against Muslims, while the Islamic Emirate is planning to significantly revise the journalism curriculum to prepare the young journalists to sever the country with honesty and good faith, not to propagate wrong things against a group, regime, or Islamic values. Minister further declared that lying is forbidden in all religions, however, some media outlets are corrupting people’s minds through lies and propaganda.

Afghan Taliban has fought a two-decade-long war against the United States and its allies to get freed their country from foreign occupation and reinforce their rule, reinstate Islamic laws and Afghan traditions in the country.

Currently, Afghan rulers have taken up a new agenda to address the malfunctioning of journalists and media platforms, allegedly involved in polluting public minds, particularly subverting youngsters against the rulers. The Afghan authorities have introduced a set of regulations to restrict media and journalists to report matters that are contrary to Islam, insulting national figures, and criticizing the ruling regime.

Such perspective is not uncommon in politics and governance, where people sitting on opposition benches advocate civil liberties and appreciate the role of media and journalism in spreading awareness and promoting basic rights of the public, while the people ruling the country perceive it insubordination, unhealthy reporting. Historically, reporting on national issues and states’ culpability had always been difficult and counterproductive because of the sensitivity of matters and the delicate ego of the rulers. However, when it comes to a cleric regime, demands more prudence because one has to pass through a narrow bridge of patriotism and faith and can hardly escape the charges of treason and blasphemy that ultimately lead to the gibbet.