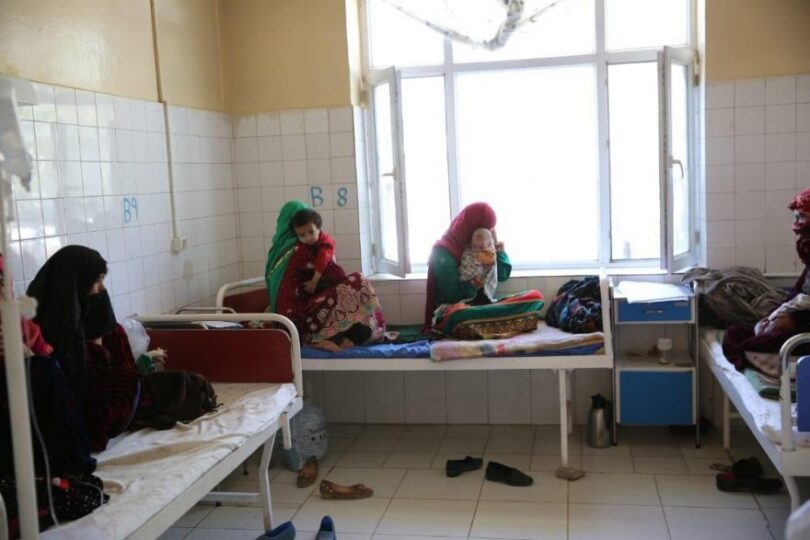 GHOR (khaama Press): The health department in Ghor province has already been paralyzed due to a lack of female doctors and medicine, according to local sources.

With the arrival of the snowfall, the roads connecting Ghor province to Kabul and Herat have been blocked. It also blocks the roads from Feruzkoh, the provincial city to the districts, followed by a shortage of doctors and healthcare personnel. Local residents warn that if the Ministry of Public Health continues ignoring the healthcare sector of the province, the patients will die due to a lack of access to medicine and doctors.

Obidullah, a resident of Tolak District, complains about the shortage of medicine and healthcare facilities at the district’s clinic. He said to Hasht-e-Subh that in previous years, patients used to get several medicines from the clinic, which has now been cut short.

The lack of female doctors and genealogy specialists is another challenge for the local people in the isolated corners of Ghor province. According to sources, only two female doctors serve at the provincial hospital of this province. Obstetric and gynecological patients do not get the proper treatment and face serious risks while giving birth.

Following the ban on female employees working with national and international non-governmental organizations by the Afghan Taliban regime, a considerable number of aid organizations have ceased their operations. These aid organizations which provide life-saving services to the people of Afghanistan during these difficult times emphasize the reversal of gender-based restrictions. They have also reiterated that the delivery of much-needed humanitarian aid and other support can be facilitated through female employees.

The UN, EU, and other renowned humanitarian aid groups have warned of the consequences of the recent announcement by the Taliban administration if the humanitarian aid flows are interrupted in Afghanistan. The shortage of medicine and clinical specialist is already felt across the country, including the Ghor province.