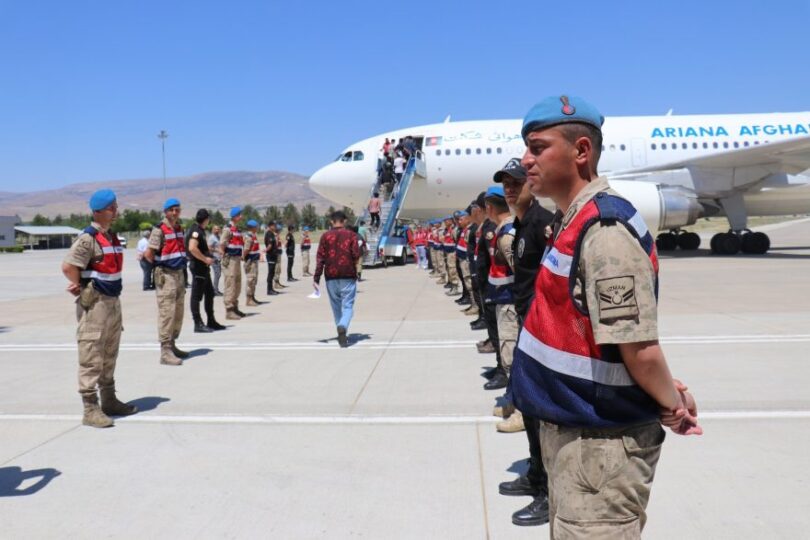 KABUL (khaama Press): The General Directorate of Migration of Turkey has announced that it has deported some 68, 290 Afghan nationals out of 124,441 illegal migrants during the past year.

According to the General Directorate of Migration of Turkey, some 68,290 Afghan citizens, 12,511 Pakistanis and migrants from other countries have been expelled during the past year. Turkey’s migration department insists that it will deport more illegal migrants and asylum seekers in the current year, which includes 227 Afghan nationals.

Following the return of the Taliban to power in August 2021, thousands of Afghans fled the country fearing physical harassment, persecution and killing at the hands of the Taliban to the neighboring counties. Most people took the rather risky and illegal pathways to enter countries including Iran, Pakistan, and Turkey. After spending months of uncertainty they now face the fear of forceful deportation and imprisonment.

“Returning to Afghanistan is similar to suicide. I have suffered quite a lot to reach Turkey, and now they are forcefully deporting me to my country. I have no choice but to give an end to my life rather now than later,” said an Afghan refugee.

Similarly, Iran deports Afghan refugees in a regular manner. The Iranian border officials have been accused of committing physical harassment and torturing Afghan nationals on several occasions. Meanwhile, Pakistan, hosting millions of Afghan refugees over the past four decades has also taken serious initiative regarding undocumented Afghan migrants. They had put hundreds of Afghan women and children behind bars in Karachi Prisons in the recent past, prompting widespread condemnations from politicians, refugee advocacy groups, and governments.