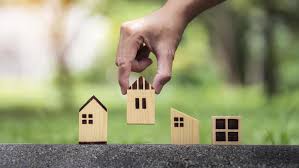 Azad Kashmir, in the neighboring village of Tarnotikot of Rawalakot, allegedly for the sake of property, the brothers followed Cain’s brutality and killed his brother and dismembered his body. The dog found the leg of the dead body. He picked up and left near the house of the victim. After the human leg and other organs, except for the second leg, other parts of the human body were cut off from the body of local youth Azhar Misri.

Talking to the media, sister Uzma Misri said that the main suspect in the incident is the third brother Shaukat Misri who has escaped. The brothers killed the brother with a sharp instrument to grab the property, Qamar took responsibility for the murder as part of a plan. It has been taken so that tomorrow the mother will forgive by giving a statement and the real accused is part of the investigation Uzmi Misri demanded that the incident should be investigated at a high level and the real accused Shaukat Misri should be arrested and brought to justice. According to the police, more than 13 pieces of the body have been cut. Police say that the accused has committed Iqbal crime and further investigation is going on.

The first worst incident of violence in the world was the killing of his brother Abel by Habeel  (Cain). This was the age of ignorance. But even in the modern era, tolerance and tolerance are lacking in the society and the quality is that man has become thirsty for blood relations. Islam says that man is the best of creation. But millions of people in the world have been forced to live worse than animals. Christianity says: If someone slaps you on one cheek, offer the other cheek to be slapped. But it has happened in the world that millions of people slap other people on one cheek and regret that they were not given the opportunity to slap the other cheek.

Hinduism exaggerates the veneration of man to the point of polytheism, even teaching bowing to men. But millions of people in the world are united day and night to bow the heads of others in front of them. If we look at the scenario of the world, there are military wars in the world, economic wars have engulfed the world, media wars have destroyed the world. The revolutionary thinker Leon Trotsky, the main figure of the Russian Revolution, wrote about the social chaos that “life and politics do not accept any kindness or gratitude.” If this small thing is understood, people’s mental, spiritual and domestic problems. Can be solved to some extent. But few people admit the bitter truth and most of the conversation is based on suspicion, complaint and backbiting.

Everyone seems to be crying about their kindness and forgetfulness of others. They themselves suffer unnecessary pain and they also put others to it. The story of the other is also heard to tell his own story. The warmth of blood relations has also become cold. Friendships have turned from extreme nudity to meanness. The standards of mutual communication have been reduced to meaning and ‘purpose’. Economic status has not only become a measure of social rank, but has become embedded in every relationship, paralyzing emotions and subordinating them to material interests.

Saving one’s life is equal to saving the life of the whole humanity, and killing one person is the same as saving the whole humanity. is equivalent to murder. When this high concept of human being is established in the society, not only big sins, but also small sins, even minor slips start feeling shame in the real sense. But in our era, such a concept of man has become prevalent and established in the minds of people, in which man cannot rise above the level of animals. For example, someone says that man is a social animal, someone thinks that man is nothing but an economic animal.

In modern political science, man is also called a political animal. Modern biology says that man is only a biological being. Modern psychology says that the role of instincts is central in determining human reality and there is no difference between man and animal at the level of biology and instincts. It is obvious that in this concept of man, the possibility of true respect for man and true love for him is negligible. Therefore, coercion and violence at every level in human relations is certain. One of the problems of the present era is that there is no example of a perfect person in front of man. In the contemporary world, power has become central in every sphere from individual life to collective life and from collective life to international life.

So, our relationship is a power relationship. Our arguments are arguments of power. Our system is a system of power. In this situation, violence will not increase, so what else will happen! The principle is that as the action takes place, so does the reaction take place. Therefore, even in response to power, power can always come out. Relationships do not require need, but want respect and attention. The greatness of parents lies in the fact that they should ignore many mistakes of their children. If something goes wrong between brothers, they should forgive them. The inner peace of a person is also related to pain. This is the message of all major religions. Love, pain, affection. We should find a secular way to promote mercy and compassion. The tragic tragedy of Tarnotikot Rawalkot is a reminder of this that intolerance is extinct due to economic and social inequality, due to which our society has become a slave to money.

This greed for money is embedded in every relationship, paralyzing emotions and subordinating them to material interests. Has been victimized. According to Karl Popper’s research, in order to maintain its tolerance, any society must end its acceptance of intolerant behavior. When a society begins to accept intolerant behavior, over time that society tolerance ends. How can we expect that aggression will not arise in people like Qamar Misri and Tahir Misri, Shaukat Misri. While the brother who was killed by them was forced to put out the fire of his stomach by selling his household goods, the most basic necessities like flour and bread were provided by the rulers for Qamar, Tahir, Shaukat and their murdered brother. Their lives have been tormented by making them inaccessible. If the deceased Azhar Misri was addicted to drugs, then he could have been treated, but where it becomes difficult for the body and soul to maintain the relationship, then treatment becomes a dream. This process of decline cannot continue indefinitely. Struggle is the basic element of human instinct.

History is a witness that the norm of poverty is always broken and the extraordinary circumstances that break it are called revolutions. It cannot be reformed now by revolution. Just as a patient suffering from fever can be temporarily reduced by applying ice packs to his fever, in the same way the present outdated and rotten system can provide temporary relief by reforms but This is not a permanent and lasting solution. The establishment of a non-exploitative and class-free society is the cure for such diseases.