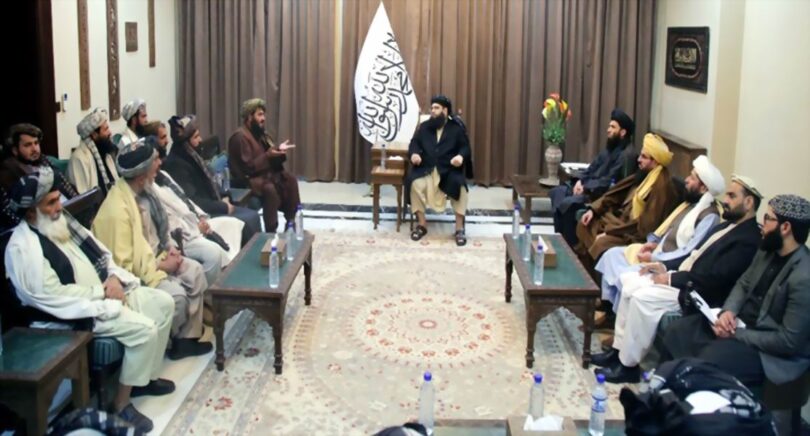 KABUL (Agencies): The Deputy Prime Minister, Mawlavi Abdul Kabir, in a meeting with a number of truck unions’ members, said that the Islamic Emirate of Afghanistan is committed addressing the problems of all trades unions in the country.
According to a statement released by Arg, the Deputy Prime Minister, Kabir, met with a numbers truck unions members in Sepadar palace.
The head of trucks unions, Samiullah said that with the regain sovereignty of the Islamic Emirate, easy services has been provided in the activity of cargo vehicles, extortions have been eliminated, the security of supply and the speed of work have increased.
In the meantime, he also raised some of the problems of truck owners and drivers, during the meeting with Deputy Prime Minister, Kabir.
For his part, Deputy PM Kabir, said that the Islamic Emirate of Afghanistan will address their problems, reminded them that he will share their suggestions and with the relevant authorities.
Based on another news, Mawlavi Kabir, met with the leadership members of the Rish khor People’s Council of Kabul.
The head of the People’s Council of the Rish khor area, shared some of the problems of their community with deputy Prime Minister, according to a statement.
Deputy Prime Minister, Kabir, assured the members of the leadership council of Rish khor, that he will share their problems with the relevant authorities of the Islamic Emirate of Afghanistan and take the necessary measures to address their problems.