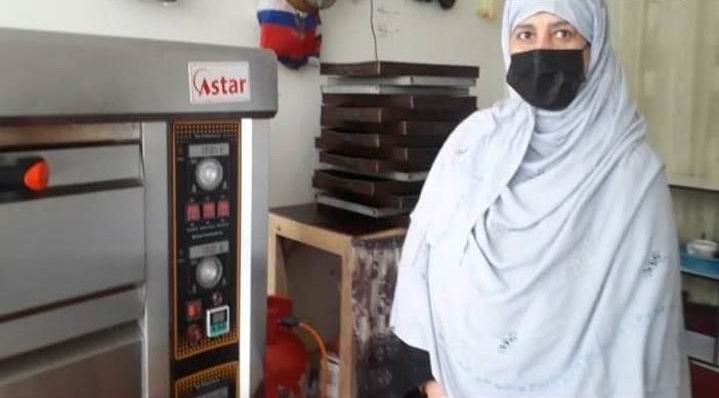 BAGHLAN (Agencies): A woman opened a food factory production in Baghlan, with a cost of two million Afghanis. For starters the factory provided job opportunities to 30 other women in that province.
A manager in the Khurasan factory, Zarmina Nawabi said that in this factory, all kinds of pickles, jams, pastes, and about fifteen types of sweets, including cakes, Cookies, etc., are produced. She assured on the quality of the food produced in this factory, said that all the products is natural here in the production of food and domestic raw materials are used.
Meanwhile, Ms. Nawabi complained om the poor sales market, but she said that she is happy to provide work for several women in the city of Pul Khomri. She asked the citizens to use pure national products to grow and strengthen the financial base of the country.
Small female production factories as important in the growth of women’s economy said Farkhunda an employee of the factory, said that we were suffering from unemployment and strangeness at home; It’s been a while, we have been working at home, we have learned business and help in the family economy.
In addition to the Khurassan production factory, several other small food and non-food production factories for women are active in the city of Pol Khomri.