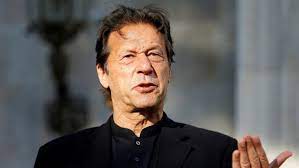 LAHORE : Former prime minister Imran Khan has directed PTI members to refrain from campaigning against the army and other state organs.

According to sources, Imran Khan told the key party figures during a meeting that the members should not campaign against the state organs.

“Our fight was with General Bajwa,” he stressed during the meeting that took up the ongoing political situation and the party strategy. “We have no issue with the current leadership of the army. We have no issue with the current establishment, Imran Khan,” he said and directed the participants to send the directives through video messages to the party members. The sources quoted Imran as saying: “The members will face the music if they go for smearing against the state organs They should take a soft stance on Azam Swati’s case.” (NNI)