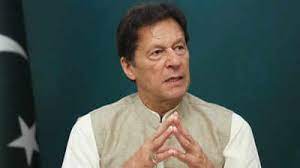 PESHAWAR (APP): The poor energy and economic policies of the former Prime Minister Imran Khan has plunged the country into energy and gas crisis affecting consumers, said Ikhtiar Wali Khan, PMLN KP spokesman and member Provincial Assembly on Sunday.
Talking to APP, he said that work on Mohmand dam with capacity of 800MW and Diamir Bhasha dams with 4500MW capacity was unnecessary delayed by the previous government that resulted an increase in the demand-supply gap of electricity today.
He said had Diamir Bhasha and Mohmand dams been constructed in the past, Pakistan would have achieved 50,000MW electricity. The MPA said around 6,000MW were being obtained from hydel resources having power generation cost of about Rs 63 billion against 50,000 MW potential including 30,000MW in KP.
He claimed that over 100 mini macro hydel power stations constructed by PTI led government with help of NGOs in northern Khyber Pakhtunkhwa were either destroyed or damaged by the recent floods due to improper selection of sites and planning. “We have inherited a feeble economy while the energy import bill has exorbitantly touched $27billion due to poor energy policies of Imran Khan Government.”
Wali said the country’s energy import bill would not have increased to 27billion dollars today had the PTI government not wasted time on negative politicking and character assassination of the opposition leaders rather focused on construction of new dams and develop alternate energy resources. He said energy shortfall was one of the major challenges currently being confronted to the coalition government and we need an inexpensive electricity and gas to cater peoples’ and industries’ growing requirements during winter season.
In Chitral, Upper Dir, Lower Dir, Swat, Malakand, Bajaur, Mohmand, Abbottabad, Batagram, Manshera, Buner, Torghar, and Shangla districts, he said the temperature has dropped to a great extent especially at night due to which people mostly rely on electrical and LPG appliances for preparation of indoor meal and keeping their rooms warm for children and senior citizens.
Besides Peshawar and Nowshera’s rural areas, the Dir Upper’s Tormang, Paindakhel and Karo Dara, DI Khan, Bannu, Tank, merged districts, Batagram, Lakki Marwat and Chitral are facing brunt of load shedding where over 10 hours power outages were observed, adversely affecting domestic, commercial and industrial consumers. As a result of prolonged power outages and unavailability of gas, the people use timber as firewood for cooking and heating purposes in hilly districts where price of 40 kg firewood had swelled to Rs 800 to Rs1,000 making negative effects on the already depleting forest resources in the province.
He said that National Water Policy (NWP) 2018 has revealed that Pakistan was heading towards a situation of water shortage due to lack of dams, which may lead to food insecurity for all living creatures in next few years if not addressed on priority basis in the wake of climate change challenges. The policy disclosed that per capita surface water availability has declined from 5,260 cubic meters per year in 1951 to around 1,000 cubic meters in 2016 and this quantity would likely to further drop to 860 cubic meters by 2025.
It said groundwater situation was expected to further drop in the country mostly in Punjab and Sindh where one million tube-wells were currently pumping about 55 million acres feet (MAF) of underground water for irrigation, which is 20pc more than that available from canals. Ikhtiar Wali said Prime Minister Shehbaz Sharif soon after assuming office has visited the under- construction dam of Mohmand dam and reviewed the project besides flood damages. He said that 1.2MAF water would be stored on completion on Mohmand dam.
He said that Prime Minister Shahbaz Sharif has recently inaugurated a refurbishment project of units 5 and 6 of the Mangla dam hydroelectric power plant that was a major step forward to address the problem of energy shortfall. Ikhtair Wali while terming the recent visit of Minister of State for Petroleum, Dr Musadik Malik to Russia was highly successful, said that Moscow would provide crude and refined oil besides diesel to energy starved Pakistan at a discounted rate.
He welcomed initiation of negotiations with Russians private companies for procurement of Liquefied Natural Gas (LNG) and long term contracts with public sector companies of Russia to get LNG from their new plants. Wali said fruitful discussions were held on gas pipeline projects including establishing of Pakistan Stream Gas Pipeline (PSGP), commonly known North-South (Lahore-Karachi) Gas Pipeline, and another ‘big gas pipeline’ to get the commodity from Russian hydrocarbon deposits on discounted rates for domestic and industrial consumption.
PMLN leader said an inter-governmental delegation of Russia to be headed by its Energy Minister would visit Pakistan by January next month to make progress on oil and gas sale-purchase agreements. Gas companies were directed by the government to ensure gas supply, especially during ‘breakfast, lunch and dinner’ preparation timings i.e. 6 to 9 am, 12 to 2 pm and 6 to 9 pm to facilitate domestic consumers.
The coalition government was providing extra gas to consumers as compared to last year and was monitoring its supply situation regularly. The gas companies are providing more than 20,000 million tons Liquefied Petroleum Gas (LPG) per month in the areas where gas-pressure issue and shortage prevailed to bridge gas demand and supply gap. He said Iran had also announced to give LPG worth two million pounds to Pakistan for which all formalities were completed and the additional LPG would help ensure better gas supply to domestic consumers in December and January.